And a comment on news coverage of the passage.

With a tiebreaking vote from Vice President Harris, the 50-50 Senate sent the bill to the House, which aims to approve it and send it to the White House for Biden’s signature later this week.

This was after 20ish hours of debate and votes on amendments.

A good run-down of the bill can be found in the NYT: What’s in the Climate, Tax and Health Care Package and also via CNN: What’s in the Manchin-Schumer deal on climate, health care and taxes.

I think it is fair to say that this is another piece of major legislation passed in the context of significant barriers, which erodes the “Dems in Dissarray” narrative. So this may change the narrative about the Biden administration to some degree, althought I still I don’t expect it to have significant effects on the mid-term outcomes.

I will note that, yes, “Inflation Reduction Act” is a a bit of a silly name clearly designed to pander to our current moment/the politics of inflation and that the provisions of the bill are rather unlikely to have any immediate impact (if any) on that topic. By the same token, it fits into a a long-standing practice of naming bills in politically tasty ways (at least it wasn’t a silly acronmy spelling out ANTI-INFLATION).

I would note, along these lines, that most media that I have heard/seen tend to use phrase like the NYT and CNN headlines above (“climate, tax, and health care” bill) instead of “Inflation Reduction Act.” You’d think that the mainstream press, being in bag for the Dems would do a better job of flogging the party line here! (and, in case anyone needs it: /s).

In honesty, I get the conundrum, insofar as while I used the name of the legislation in the title of this post, I am aware that could be construed as endorsing the political message trying to be sent by Democrats. I chose to use it because that is what is it called, and the other formulations are awkward, even if I certainly understand that this isn’t really an inflation reduction package. But all snarkiness about the situation aside, I think that the avoidance of the title in many reports underscores the way that the mainstream press bends over backwards to be as neutral as possible, despite narratives to the contrary. I also have seen, and expect to see more, reporting on what the bill doesn’t do (e.g., in WaPo: The Senate finally passed a historic climate bill. Now what?), which is an utterly fair, just not what would be the case if the MSM really was just a bunch of Dems boosting Dems. I just note all of this because the rightwing narrative is just so strong that about mainstream reporting being pro-Democrat that I always find that it leaps out at me how untrue that actually is. 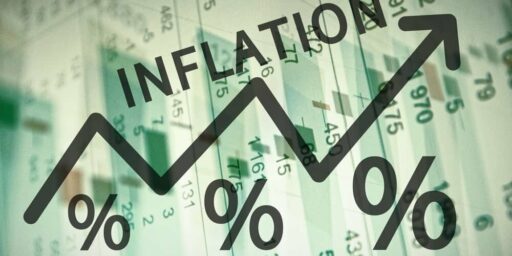 Why is Inflation So High?