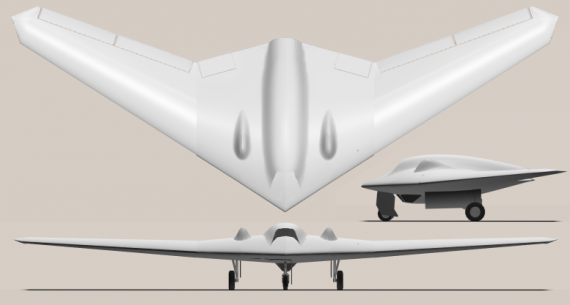 The Iranian military claims a U.S. drone was shot-down in western Iran, but all the United States is admitting is that plane is missing:

A secret U.S. surveillance drone that went missing last week in western Afghanistan appears to have crashed in Iran, in what may be the first case of such an aircraft ending up in the hands of an adversary.

Iran’s news agencies asserted that the nation’s defense forces brought down the drone, which the Iranian reports said was an RQ-170 stealth aircraft. It is designed to penetrate enemy air defenses that could see and possibly shoot down less-sophisticated Predator and Reaper drones.

A stealthy RQ-170 drone played a critical role in surveilling the compound in Pakistan where Osama bin Laden was hiding in the months before the raid in which he was killed by U.S. Navy SEALs in May.

U.S. officials acknowledged Sunday that a drone had been lost near the Iranian border, but they declined to say what kind of aircraft was missing.

The Iranian government has not released any pictures of the recovered aircraft, which they said was downed by defense forces after it flew across the border and into the country’s airspace. An unnamed Iranian defense official said in one report that a cyber­attack caused the drone to crash.

U.S. officials cast doubt on this and other Iranian assertions. “We have no indication that it was brought down by hostile fire,” said a senior Pentagon official, speaking on the condition of anonymity to discuss sensitive surveillance activity.

If an RQ-170 drone crashed in Iran, it would mark a significant setback for the U.S. military. The United States has lost less-sophisticated unmanned aircraft in recent years over Iran, but a nearly intact RQ-170 could offer a potential windfall of useful intelligence for the Iranians and their allies.

The aircraft has special coatings and a batwing-like shape that is designed to evade detection by enemy radar. The aircraft could help the Iranians better understand the vulnerabilities of U.S. stealth technology and provide them with clues on how to spot other aircraft, U.S. officials said

Given the previous reports about the Predator drone fleet being infected by a computer virus, I’d be more concerned with the cyberattack claim by the Iranians, actually. 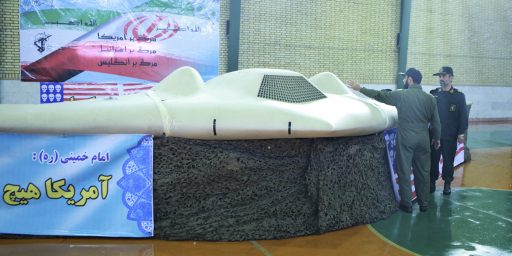