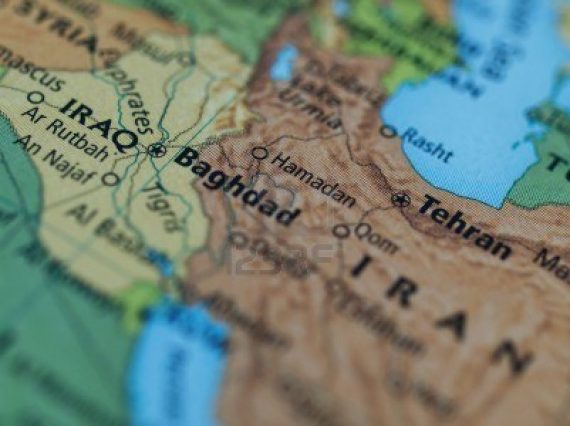 The Iraqis claim that they cannot do anything to stop the flow of arms over their borders into Syria:

RIYADH, Saudi Arabia — Iraq is unable to stop its neighbor Iran from transferring weapons to Syria through its airspace, Iraq’s foreign minister said in a newspaper interview published Saturday.

“We reject and condemn the transfer of weapons through our airspace, and we will inform the Iranian side of that formally,” Foreign Minister Hoshyar Zebari told the pan-Arab newspaper Asharq Al Awsat. “But we do not have the ability to stop it.”

Iran supports President Bashar al-Assad of Syria, who is fighting a mainly Sunni opposition in a civil war that has killed at least 93,000 people, according to the United Nations.

The United States, which wants Mr. Assad to give up power, has warned Iraq not to allow Iranian weapons flights to cross its airspace into Syria. But Mr. Zebari said he had told Western countries that if they wanted to stop such flights, they had to help do so themselves.

“If you imagine these flights breach United Nations Security Council resolutions banning weapons imports and exports from Iran,” he said, “I invite you in the name of the government to help us stop these flights across Iraqi airspace.”

He said random checks by Iraq on Iranian aircraft bound for Syria since September had found only nonlethal aid like medicines and food.

On some level, it’s true that the Iraqis lack the kind of military force necessary to challenge the Iranian overflights, and we can actually thank the Iraq War for that to some extent. However, it’s also true that the Iraqi government has consistently ignored requests to do anything about the Iranian overflights, and Iraqi Prime Minister Nouri al-Malikai has been openly backing Bashar Assad since the civil war started. So, the idea that the Iraqis are powerless to stop these flights seems to me to be only part of the story. For what may be self-interested reasons, the Iraqis are clearly backing the Assad regime in this conflict, and they’re bellyaching rings just a little hollow.