A new poll shows that the Iraq War is less popular than the Vietnam War at a comparable point.

Three years into major combat in Vietnam, 28,500 U.S. service members had perished, millions of families were anxious about the military draft and antiwar protests had spread to dozens of college campuses. Today, at the same juncture in the Iraq war, about 2,400 American soldiers have died, the U.S. military consists entirely of volunteers and public dissent is sporadic.

There’s one other difference: The war in Iraq is more unpopular than was the Vietnam conflict at this stage, polls show. More Americans — 57 percent — say sending troops to Iraq was a mistake than the 48 percent who called Vietnam an error in April 1968, polls by the Princeton, New Jersey-based Gallup Organization show. That’s because more people believed that Vietnam was crucial to U.S. security, scholars say. “People simply value the stakes much lower in Iraq than they did in Vietnam,” said John Mueller, a presidential historian at Ohio State University in Columbus. Vietnam “seemed vital in terms of the Cold War and stopping the communists. People don’t see this as an important adventure.”

Mueller is a political scientist and the Woody Hayes Chair of National Security Studies, not a historian. He’s also probably the leading scholar on war an public opinion.

One could debate whether we are at comparable points in the two wars, I suppose, but April 1968–after the perceived failure of the Tet Offensive–seems more than fair. The problem, though, with comparing public opinion on this war to Vietnam is the same as comparing this president to Richard Nixon: Vietnam and Watergate have permanently altered the public and media’s attitude toward wars and presidents. In 1968, Americans were simply more reluctant to believe bad things about their country’s wars than they are today.

Mueller is certainly right that people think Iraq is less important now than they thought Vietnam was then. Again, though, that’s not because of any objective facts but rather because of a changed mindset. While large-scale troop commitment to Vietnam was always controversial and opposed by a substantial wing of the Republican Party, which had a much larger isolationist wing in those days than now, few prominent Republicans were going to use the war for partisan advantage. “Politics stops at the water’s edge” was not only the political ethic of the day it was smart politics. The past is, in this case at least, another country.

Update: It should be noted that Mueller’s views here are not new. He published similar thoughts in the Nov/Dec 2005 Foreign Affairs.

The public gave substantial support to the military ventures in Korea, Vietnam, and Iraq as the troops were sent in. In all cases, support decreased as casualties — whether of draftees, volunteers, or reservists — mounted. In each case, the increase in the number of people who considered the venture to be a mistake was steep during the war’s early stages, as reluctant supporters were rather quickly alienated; the erosion slowed as approval was reduced to the harder core. (The dramatic early drop in support for the war in Korea reflected the large number of casualties suffered in the opening phase of that war.)

The most striking thing about the comparison among the three wars is how much more quickly support has eroded in the case of Iraq. By early 2005, when combat deaths were around 1,500, the percentage of respondents who considered the Iraq war a mistake — over half — was about the same as the percentage who considered the war in Vietnam a mistake at the time of the 1968 Tet offensive, when nearly 20,000 soldiers had already died.

This lower tolerance for casualties is largely due to the fact that the American public places far less value on the stakes in Iraq than it did on those in Korea and Vietnam. The main threats Iraq was thought to present to the United States when troops went in — weapons of mass destruction and support for international terrorism — have been, to say the least, discounted. With those justifications gone, the Iraq war is left as something of a humanitarian venture, and, as Francis Fukuyama has put it, a request to spend “several hundred billion dollars and several thousand American lives in order to bring democracy to … Iraq” would “have been laughed out of court.” Given the evaporation of the main reasons for going to war and the unexpectedly high level of American casualties, support for the war in Iraq is, if anything, higher than one might expect — a reflection of the fact that many people still connect the effort there to the “war” on terrorism, an enterprise that continues to enjoy huge support. In addition, the toppling of Saddam Hussein remains a singular accomplishment — something the American people had wanted since the 1991 Persian Gulf War.

In that piece, he also made a variant of the point I made in the original post:

Also relevant is the fact that despite the comparatively mild-mannered behavior of Democratic leaders in the run-up to the Iraq war, partisan differences regarding this war, and this president, are incredibly deep. Gary Jacobson, a political scientist at the University of California, San Diego, has documented that the partisan divide over the war in Iraq is considerably greater than for any military action over the last half century and that the partisan split on presidential approval ratings, despite a major narrowing after the attacks of September 11, 2001, is greater than for any president over that period — greater than for Clinton, Reagan, or Nixon. This means that Bush cannot look for increased Republican support because he already has practically all of it; meanwhile, Democrats are unlikely to budge much. There may be some hope for him among independents, but their war-support patterns more nearly track those of the almost completely disaffected Democrats than those of the steadfast Republicans.

It should be noted, too, that Mueller’s analysis is general rather than specific to this war or this president. His 1973 classic War, Presidents and Public Opinion presents similar themes. 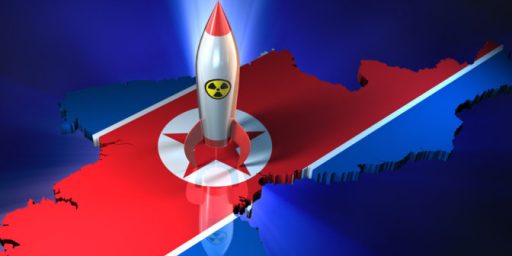