The IRS spent $50 million on 225 employee conferences. What did the taxpayer get in return? 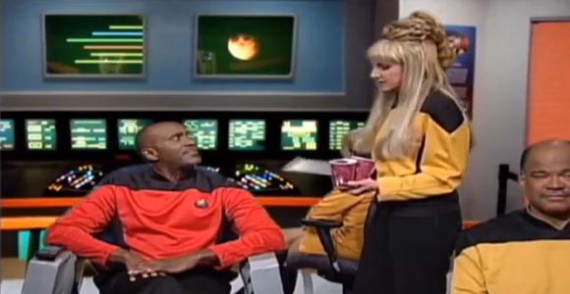 The very expensive IRS conferences that have come under scrutiny followed IRS guidelines, the IRS assures us.

An Internal Revenue Service official at the center of the agency’s latest scandal told lawmakers Thursday that an expensive conference held in 2010 conformed to existing rules, though he acknowledged it was not the best use of taxpayer money.

The official, Faris Fink, said spending at the $4.1 million gathering should have been more closely scrutinized, and that new rules would prevent such a conference today.

“I think it is important to point out that in carrying out this 2010 meeting, we followed IRS and government procedures that were in place at the time,” Fink told the House Oversight and Government Reform Committee.

In 2010, Fink was a top deputy in the IRS small business and self-employed division, which staged the conference. A 32-year IRS employee, Fink was promoted to lead the division in 2011.

“The Treasury inspector general’s office review found no instances of fraud,” Fink told lawmakers. “But we are now in a very different environment and there are many new procedures in place at the IRS governing training and travel.”

The hearing focused on a new report by the IRS inspector general that said the IRS spent nearly $50 million on 225 employee conferences from 2010 through 2012. The 2010 conference in Anaheim, Calif., attended by 2,600 IRS managers from across the country, was the most expensive.

At that conference, Fink stayed in a luxury suite and starred in a cheesy but slickly-produced “Star Trek” video filmed by IRS employees.

From the witness table, Fink watched the video screen in the hearing room without expression as excerpts played showing him in his role as Mr. Spock.

The IRS spent more than $50,000 to produce three videos that were shown at the conference, the report said, including the “Star Trek” parody.

“What were you thinking?” asked the committee chairman, Rep. Darrell Issa, R-Calif.

Fink said the videos were “a well-intentioned” attempt at humor, shown at the opening and closing of the conference.

“They would not occur today, based on all the guidelines that exist and frankly, they were not appropriate at that time, either,” Fink said. “The fact of the matter is, it’s embarrassing, and I apologize.”

There have been a handful of flaps recently involving lavish conferences involving government employees from various agencies. These sort of spoof videos, too, have been in the news.

Certainly, at least on the surface, the costs seem excessive. Federal employees are expected to be prudent stewards of our money. We shouldn’t expect them to double-bunk it at the local La Quinta; but not should they be staying in the penthouse at the Waldorf-Astoria.

At the same time, without more information on how the monies were spent, it’s tough to make a real assessment. $4.1 million is a lot of money. But it hosted 2100 management level employees, thus translating to $1577 per manager. That’s not exactly thrifty. But: How long was the conference? What was gained by hosting the conference? Does the cost include simply transportation, food, lodging, and whatever incidentals come from the conference itself? Or does it also include the prorated portion of the employee salaries?

The frustrating thing about all this is that we’re only focusing on the numbers and the silly videos (i.e., the costs) while ignoring the other side of the equation (i.e., the benefits). We simply don’t have enough information to assess the “scandal” without the latter.