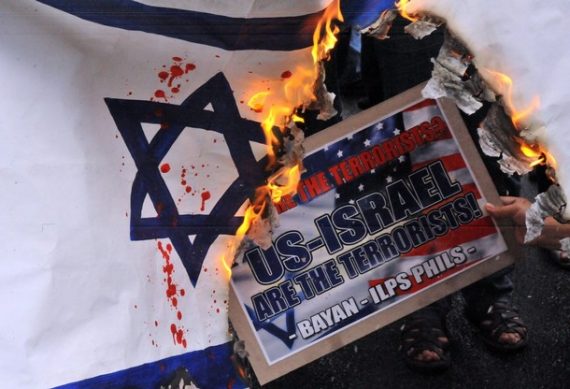 Protesters burn a paper Israeli flag during a protest in front of the building housing the Israeli embassy in the financial district of Manila on June 2, 2010. Activists in the Philippines on June 2, strongly condemned what they called a brutal attack by Israel on a Gaza-bound aid flotilla that left nine people dead. AFP PHOTO/TED ALJIBE (Photo credit should read TED ALJIBE/AFP/Getty Images)