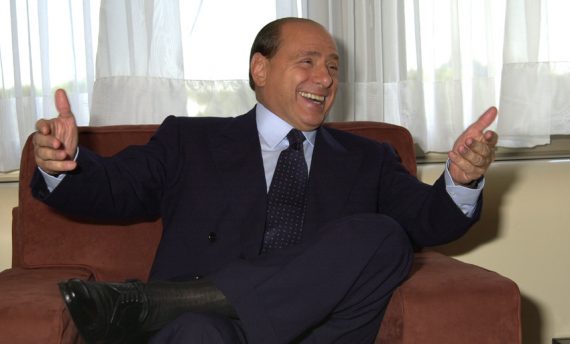 Hundreds of thousands of women took to the streets across Italy on Sunday to demand better treatment for women, days after Prime Minister Silvio Berlusconi came under investigation for engaging in prostitution with a minor.

The nationwide protest followed the filing of a request by prosecutors Wednesday for Berlusconi to stand trial for allegedly paying a 17-year-old girl for sex and abusing power in trying to cover it up. The event was organized by a nonpartisan women’s group whose members describe themselves on their Facebook page as “neither desperate, nor housewives.”

“Women in this country are denigrated by the repeated, indecent and ostentatious representation of women as a naked sexual object on offer in newspapers, televisions and advertising,” said protest organizer Ida Poletto, a married hotel manager who has two sons. “It’s intolerable.”

Demonstrators gathered in more than 230 cities and towns across Italy under the slogan “If not now, then when?” Protests were also organized in London, Brussels, Tokyo, Boston and Athens. Supporters said more than 1 million people attended the rallies. Police did not publish an official estimate.

The biggest were in Rome, where more than 50,000 gathered in the Piazza del Popolo, and Milan, where the crowd spilled out of the Piazza Castello into the surrounding streets and piazzas. Rallies in Naples and Turin also drew tens of thousands of demonstrators, where speaker after speaker defended the dignity of women and called on Berlusconi, 74, to resign.

Education Minister Mariastella Gelmini dismissed the protests, saying “the women who are demonstrating today are just a bunch of [radicals] who are being used for political reasons.”

Because, of course, being upset that your Prime Minister may have hired an underage prostitute is just politics.