Actor Ivan Dixon, who brought the problems and promise of contemporary blacks to life in the film “Nothing But a Man” and portrayed the levelheaded POW Kinchloe in TV’s “Hogan’s Heroes,” has died. He was 76. Dixon died Sunday at Presbyterian Hospital in Charlotte after a hemorrhage, said his daughter, Doris Nomathande Dixon of Charlotte. He had suffered complications from kidney failure, she said.

Dixon, who also directed scores of television shows, began his acting career in the late 1950s. He appeared on Broadway in William Saroyan’s 1957 “The Cave Dwellers” and in playwright Lorraine Hansberry’s groundbreaking 1959 drama of black life, “A Raisin in the Sun.” In the latter, he played a Nigerian student visiting the United States, a role he repeated in the film version. While not a hit, the 1964 “Nothing But a Man,” in which Dixon co-starred with Abbey Lincoln, also drew praise as a rare, early effort to bring the lives of black Americans to the big screen. Other film credits included “Something of Value,” “A Patch of Blue” and the cult favorite “Car Wash.”

“As an actor, you had to be careful,” said Sidney Poitier, star of “Patch of Blue” and a longtime friend. “He was quite likely to walk off with the scene.”

In 1967, Dixon starred in a CBS Playhouse drama, “The Final War of Olly Winter,” about a veteran of World War II and Korea who decided that Vietnam would be his final war. The role brought Dixon an Emmy nomination for best single performance by an actor.

He was probably best known for the role of Staff Sgt. James Kinchloe on “Hogan’s Heroes,” the hit 1960s sitcom set in a German prisoner-of-war camp during World War II. The technically adept Kinchloe was in charge of electronic communications and could mimic German officers on the radio or phone.

Dixon was active in efforts to get better parts for blacks in movies and television, telling The New York Times in 1967: “Sponsors haven’t wanted anything negative connected with their products. We must convince them that the Negro is not negative.” “Heretofore, people have thought that, to use a Negro, the story must pit black against white. Maybe we’re getting to the problems of human beings who happen to be black.”

While Dixon was most proud of roles such as those in “A Raisin in the Sun” and “Nothing But a Man,” he had no problem about being recognized for Kinchloe, his daughter said. “It was a pivotal role as well, because there were not as many blacks in TV series at that time,” Nomathande Dixon said. “He did have some personal issues with that role, but it also launched him into directing.”

Dixon also directed numerous episodes of TV shows, including “The Waltons,” “The Rockford Files,” “Magnum, P.I.” and “In the Heat of the Night.”

I didn’t know about his directorial career and had forgotten he was in “Car Wash,” which I saw more than 30 years ago. His role as Kinchloe, though, was quite memorable. Interestingly, he was the only original cast member to leave the show before it ended its run.

I saw “Hogan’s Heroes” in reruns in the early 1970s, by which point it didn’t seem particularly unusual that a black NCO would be among the prisoners, so it never occurred to me that the role was groundbreaking. The same was true of Nichelle Nichols’ part in “Star Trek.” 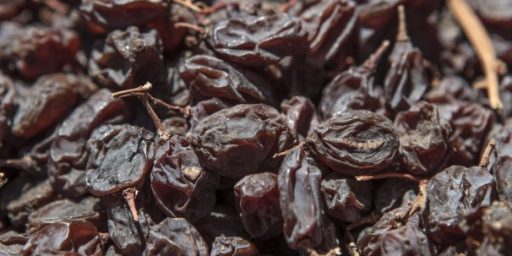