His spokeswoman Bona Park and longtime friend and former campaign adviser Edwin J. Feulner confirmed that Kemp died after a lengthy illness. Kemp had announced in January 2009 that he had been diagnosed with cancer. He said he was undergoing tests but gave no other detail.

Kemp, a former quarterback for the Buffalo Bills, represented western New York for nine terms in Congress, leaving the House for an unsuccessful presidential bid in 1988. Eight years later, after serving a term as President George H.W. Bush’s housing secretary, he made it onto the national ticket as Bob Dole’s running-mate.

Sad and unexpected (to me, at least) news.

Kemp was older than I thought but, of course, the math adds up easy enough.   I’m too young to remember him from his quarterbacking days but he was a major political figure from the earliest days I paid attention to public affairs.

The “Kemp-Roth” tax cuts were at the cornerstone of Ronald Reagan’s early legacy as president and his brand of fiscal conservatism and innovative ideas to spur the entrepreneurial spirit were a huge part of the Republican Party of my formative period.  By 1996, when he ran with Bob Dole, has was becoming an outlier in the party because of his relative moderation on social issues like affirmative action (thus the “bleeding-heart” descriptor).

Jack Kemp was a leader — whether it was in a football huddle, a national political campaign or a policy discussion about the Austrian school of economics.

I first met Jack nearly 40 years ago, during his freshman year in Congress. When he introduced The Jobs Creation Act — a major legislative advance of supply-side economics — I knew I had found an ally. That ally soon became my friend.

Jack was a ‘bleeding-heart conservative.’ He wanted to make it possible for every American to succeed and eagerly worked with people of all races, colors and creeds toward that end.

“I remember standing with him in Moscow’s Red Square in 1990. The Cold War was starting to thaw, but few even suspected that the Soviet Union’s days were numbered. Jack knew. As we stood on the square, in view of the Kremlin, he pointed out an astonishing sign: The line for the new McDonald’s restaurant was longer than the line for Lenin’s tomb.

Many people will remember Jack as a great football player — and rightly so. But he was also a great player in the world of ideas, with a mind as strong as his arm. I will miss his strength and friendship greatly.

The tributes will pour in as the news spreads.

FILED UNDER: Obituaries, US Politics 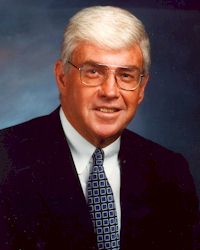