Jawbone is suing Fitbit for infringing a patent that should never have been granted. 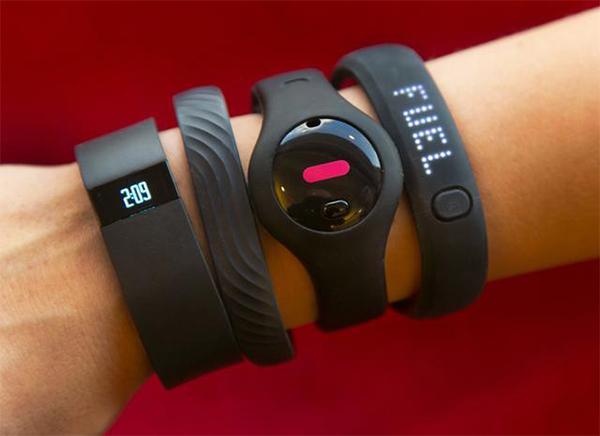 Jawbone is suing Fitbit for infringing a patent that should never have been granted.

Fitness trackers from Jawbone and Fitbit are made to count heartbeats. They may soon be put to use counting lawsuits between the two rivals.

In its complaint, Jawbone accused Fibit of infringing on a patent for “a wellness application using data from a data-capable band.” Jawbone said it has spent more than $100 million on research and development and has hundreds of patents.

In another twist, Jawbone said in a footnote that it plans to take its grievances against Fitbit to the International Trade Commission, which could lead to a ban on importing Fitbit products or component parts.

In a statement, Fitbit said it had “independently developed and delivered innovative product offerings.” The company said it had more than 200 patents and patent applications, and plans to “vigorously defend itself against these allegations.”

Why on earth is  “a wellness application using data from a data-capable band” a patentable concept? Devices that measure one’s steps and heartbeat have been around for decades and nowadays even our phones have the capability to track that sort of data. Putting the capability in a wristband isn’t exactly a transformative innovation.

Now, it may well be that the specific technology required to miniaturize this capability or protect it from perspiration, shock, and the other vicissitudes of being worn around day after day are truly innovative and patent-worthy. If Jawbone invested $100 million on R&D and Fitbit merely reverse engineered it, they should certainly be entitled to redress. Similarly, this should raise a red flag:

On May 28, Jawbone accused Fitbit in a San Francisco Superior Court lawsuit of hiring away five Jawbone employees who allegedly stole intellectual property. Fitbit denied the charges and vowed to fight the allegations.

A company ought to be entitled to protect its legitimate intellectual property. But the vague notion of putting a fitness tracker into a wristband is does not meet the “non-obvious” standard.

(In full disclosure, I’ve worn a Fitbit device for 20 months or so. It’s not a wristband, however.)