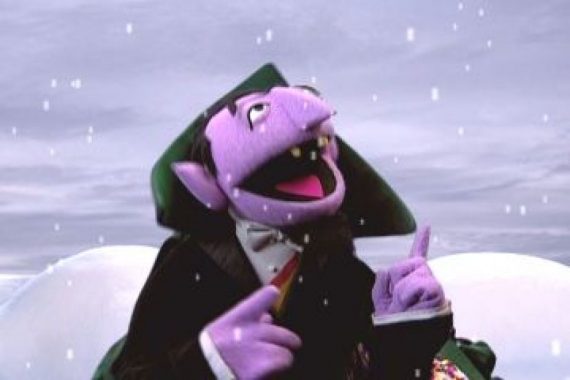 There’s hardly any American under the age of 50 who didn’t grow up on Sesame Street, and today the man who was the voice behind one of its most popular characters passed away at the age of 78:

In a statement posted to the studio’s Facebook page, Lisa Henson, CEO and daughter to its legendary founder Jim Henson, writes, “Jerry Nelson imbued all his characters with the same gentle, sweet whimsy and kindness that were a part of his own personality. He joined The Jim Henson Company in the earliest years, and his unique contributions to the worlds of Fraggles, Muppets, Sesame Street and so many others are, and will continue to be, unforgettable.”

“On behalf of the Henson family and everyone at The Jim Henson Company,” she continues, “our deepest sympathies go out to Jerry’s family and to his many fans.”

Nelson’s long collaboration with Henson began when both met at NBC affiliate WRC in Washington D.C., the birthplace of The Muppets. The two first worked together as puppeteers after both had moved to New York City in the mid-1960s, and Nelson was called on to fill in for Frank Oz on variety series The Jimmy Dean Show, playing the right hand to Rowlf the canine pianist.

That first gig would lay the groundwork for what would become a decades-long creative partnership that took Nelson to Sesame Street in the 1970s, and The Muppet Show and various Muppet movies throughout the 1980s.

In 2004, Nelson announced his retirement as a puppet-operator  – a physically strenuous art — but still worked with The Muppets in the years that followed, providing voice to The Count up to his death. He also appeared as a telethon announcer in 2011’s The Muppets.

Here’s one of Nelson’s classic moments: