Biden got hammered by the FEC for violating campaign finance rules. A big fining deal? 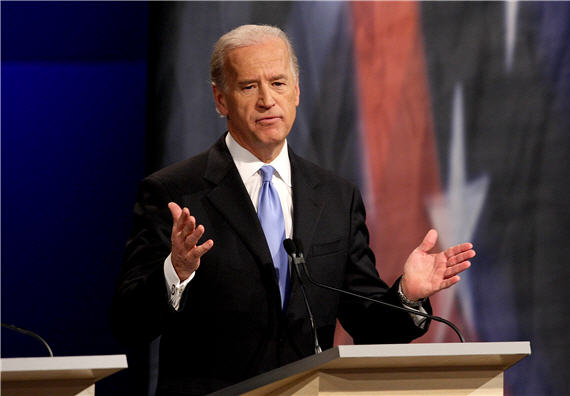 Politico, which seems to have broken the news, titles the story “Joe Biden fined $219K for 2008 presidential campaign violations.”

The Federal Election Commission has penalized Vice President Joe Biden’s 2008 presidential campaign $219,000 for accepting over-the-limit contributions and a discounted flight on a jet owned by a New York hedge fund. His campaign also was charged with sloppy record-keeping.

Biden’s campaign has indicated it will pay the penalty to the U.S. Treasury to resolve the campaign finance compliance issues, which were revealed in an audit report released Friday by the commission.

Elizabeth Alexander, a spokeswoman for Biden in the vice president’s office, called the FEC-ordered repayment “relatively small,” and said “some repayment is commonplace after presidential campaign audits.”

It appears that most of the excess contributions stemmed from individuals who donated $4,600 to Biden’s campaign, which would have been the maximum allowable contribution had Biden won the Democratic presidential nomination and progressed to the general election ($2,300 for the primary and another $2,300 for the general).

Biden’s campaign told the FEC it would re-pay the $106,000 into the Treasury for the excessive contributions. But it also stressed that it had previously attempted to contact each of the maxed-out donors to properly dispense with their excess contributions, partly by re-designating some of that money to Biden’s still-operational Senate campaign committee and leadership political action committee, Unite Our States.

Yet the report states Biden’s campaign “staff was unable to locate the letters or evidence that they were sent,” attributing the confusion to records lost when the campaign moved offices, as well as the death of the staffer “primarily responsible for sending the compliance letters, including letters to resolve excessive contributions.”

The Biden for President campaign committee owes the Treasury more than $219,000 because it accepted excessive campaign contributions and understated the value of a trip taken on a private plane in the 2008 campaign, the Federal Election Commission said in a new report.

The report paints a picture of sloppy bookkeeping by Mr. Biden’s campaign. But aides to the vice president said the errors were relatively minor. The excess contributions were less than 1 percent of the total raised by the campaign, they said.

So, were the errors “relatively minor”?    It would seem so.    Indeed, it seems that being fined by the FEC for violations is part and parcel of running a presidential campaign.

So, ultimately, this is no big fining deal.

The bottom line is that campaign finance laws are a giant mess and running afoul of them is a near certainty.  But apparently the FEC is now handing out bigger fines and doing so more quickly.