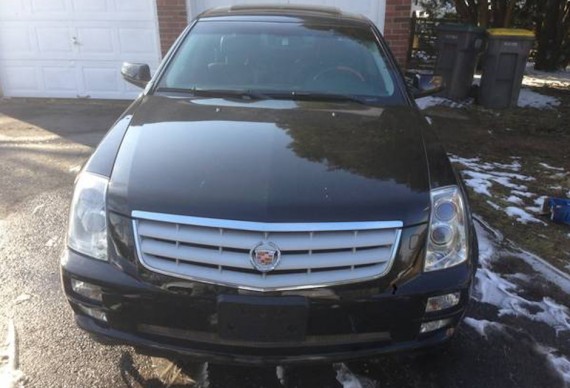 A 2005 Cadillac STS that was apparently was owned by Vice-President Biden is for sale:

The Delaware News Journal reported that Finkle – who recently moved to South Carolina – found out the car used to belong to the Bidens after he found numbers in the Bluetooth listings such as, “Beau,” “Hunter” and Jill Biden’s Washington and Philadelphia numbers listed (Beau and Hunter are Biden’s sons).

Sadly, the Vice-President doesn’t appear to be planning to part with his Trans Am.