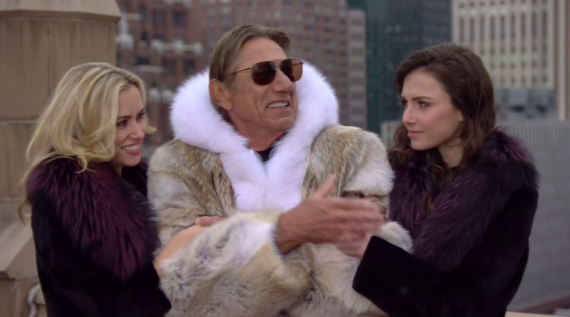 With the Super Bowl at the home of the New York Jets, Joe Namath has been all over the place today, and it seems like he’s back in Broadway Joe mode. Here he is with Phil Simms just before the two of them presided over the coin toss: 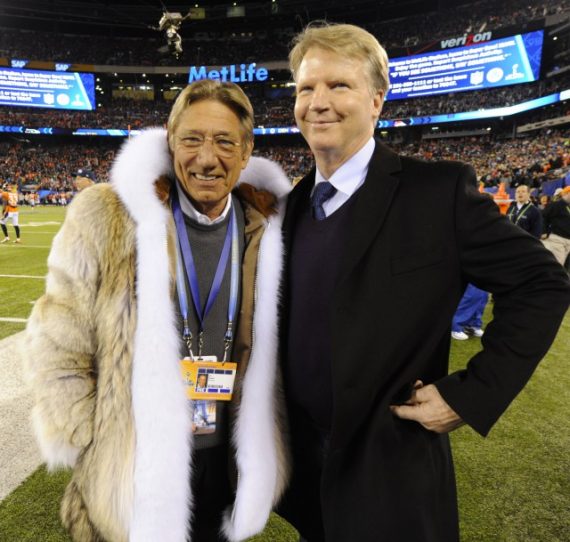 And, of course, this happened:

Forty-five years after the New York Jets quarterback orchestrated the biggest upset in NFL history, Broadway Joe was a few miles west of Manhattan, stealing the show once again by wearing a mink coat during the Super Bowl XLVIII coin toss.

The 70-year-old Hall of Famer was decked out in the waist-length, hooded mink while flipping the coin before the Seattle Seahawks and Denver Broncos kicked off in New Jersey. While everyone was marveling at his attire, Namath was trying to flip the coin early.

Before referee Terry McAulay had a chance to ask the Seahawks whether they wanted heads or tails, Namath flipped the coin. McCauly caught it in the air, asked the Seahawks for the call (tails), then gave the coin back to Namath. On the second flip, the coin landed tails and Seattle won the toss, deferring for the second half.

And, no, this isn’t a new look for the Hall of Famer. 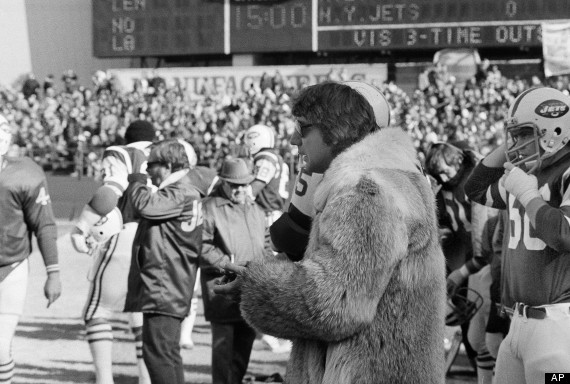