John Napier, the driver for two of America’s bobsled teams at the 2010 Olympics, is planning to head to Afghanistan with his Vermont National Guard unit once the Games end. John Napier has requested deployment to Afghanistan when his Olympic run is finished. (Kevork Djansezian/Getty Images)

Napier is a member of the Vermont National Guard. He joined three years ago to help his mom out of the $25,000 debt she ran up paying for his bobsledding dream. Some of his friends in the Army have already deployed to Afghanistan. He wants to be with them as soon as the Games are over.

“They’re doing their duty and I want to do mine,” he says. “I want to be with them. If I were on a four-man [bobsled team] and three of them were at the Olympics and I wasn’t, it wouldn’t feel right. I’d want to be there. We’re a team.”

It both breaks and swells his mother’s heart.

“Neither me nor Bill [her late husband] wanted him to go into the military,” says Betsy Napier. “Neither of us believed in these wars. Why does this country keep sending its young people to fight somebody else’s battles?”

At the same time, she couldn’t be prouder.

“He’s such a good kid. He’s loyal. He’s an American, through and through.”

Napier hears from his buddy soldiers nearly every day via e-mail. He’s freezing in the Vancouver rain and they’re sweating in the Afghan sun. “They complain about the heat a little. But mostly they just pump me up, tell me how I’m doing great, how they’re going to be watching.”

But here’s why this decision by Napier is striking. Once, for a year, Napier had on his sled another soldier named Brian Freeman, from Temecula, Calif. In 2007, after Freeman shipped out, he was ambushed, taken hostage and killed near Karbala, Iraq.

“Man, that really touched us,” Napier says. “We didn’t even know he was over there.”

So, doesn’t that make him scared to go?

“Look, there was just a fatality here, on this track [Georgian luger Nodar Kumaritashvili]. We’re going to be going 95 miles per hour on this thing. Everybody’s nervous. But every athlete has a job to do. And every soldier has a job to do.”

Napier’s job lately is with the Army’s World Class Athlete Program, which allows him time and money to train full-time. Eighteen months ago, he was plucked out of his Guard duties — he worked on an engineering crew — to train with U.S. Bobsled in Lake Placid, N.Y., a couple of hours from his hometown of Schenectady.

He’s already put in his request to deploy after the Games. Now he’s just waiting to see what the Army will do with him.

“I’m at the Army’s mercy,” he says. “If I serve a better purpose by staying in the sports program, if my story inspires other athletes and soldiers better, than I’ll keep spreading that story. But if it’s my turn to serve, I’ll serve.”

He prefers to serve.

“Any mother would be sad to see her child go off to war,” says Betsy, a slider herself, as was her husband, a member of the U.S. National team and a man whose sled missed by one spot a berth at the 1980 Winter Olympics. Betsy and Bill met bobsledding in Lake Placid. Their son has been driving a sled since he was 8.

The story is remarkable on a lot of levels.   Probably mostly in how remarkable it is.  There was a time when our great athletes naturally served in wartime.   But that was decades ago and it seldom happens anymore.

It’s also quite possible that the Army will decide that serving in Afghanistan isn’t the best use of Napier’s talents.  He’s probably more useful to the Army on the recruiting circuit. 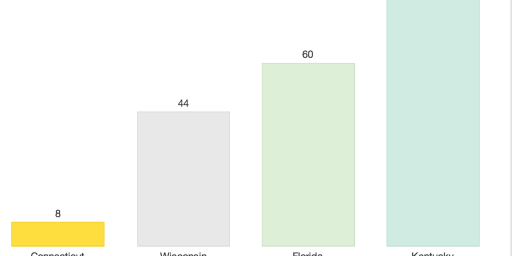