Joint Chiefs Chairman Says There Is No Plan For Invading Canada 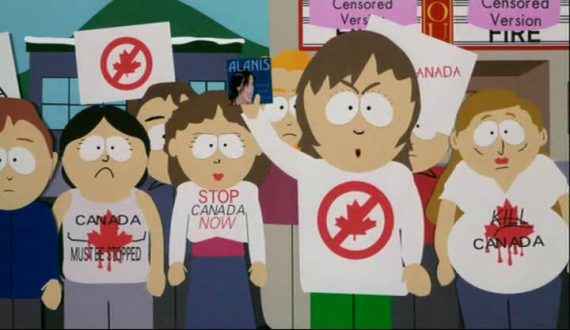 The Chairman of the Joint Chiefs of the Staff wants to make it clear that we don’t have plans to invade our neighbors to the north:

Wednesday’s hearing of the Senate Appropriations Defense Subcommittee was informative on a great many serious subjects. It also revealed that the United States isn’t prepared to take aggressive action against its looming menace to the north, according to the chairman of the Joint Chiefs of Staff.

Dan Coats, R-Ind., was asking about how prepared the military was to act in Iraq. “Based on my previous service in the Senate and some service now, I’m totally aware that the Pentagon has a contingency plan on the shelf for just about every possible scenario, everything from nuclear war to an invasion by Canada, and everything in between,” he said, per the transcript by CQ.com.

“Let me first assure you we do not have a plan on the shelf for the invasion of Canada. I want to make sure that our Canadian allies, who may be watching…

The Obama administration has previously denied any secret plan to invade Canada, but this is the first public admission that it has no blueprint to be able to do so if needed.

If Dempsey is to be believed — and some Canadians have assumed that the U.S. military has just such a plan on the shelf — he is ignoring military history. The United States found cause to invade Canada in 1775 and 1812, then developed War Plan Red in the 1920s and 30s, which contemplated a potential invasion of Canada. And as recently as 1999, a bloody, near-apocalyptic (fictional) war with Canada broke out.

Now, we have no war plan, and they’ve sent us everything from Celine Dion to Justin Beiber. Maybe we need to reconsider this…..