A federal trial court has ruled the practice an unconstitutional infringement on suffrage. 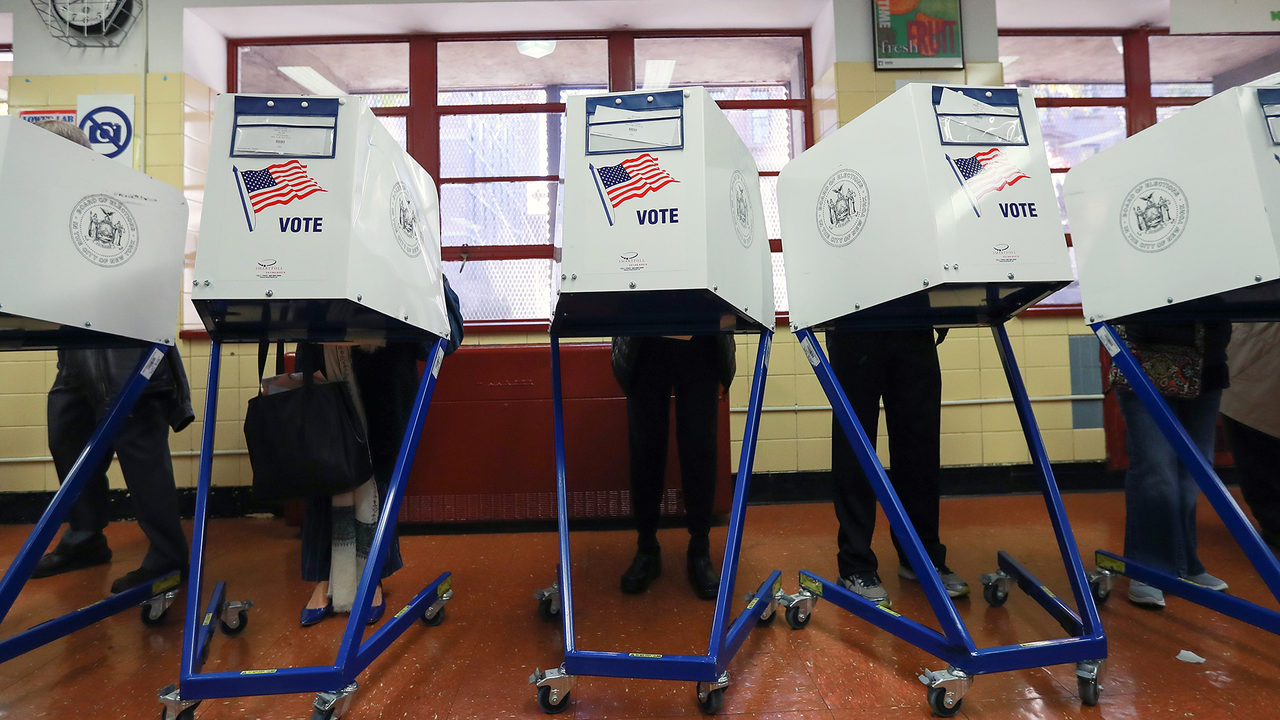 A federal judge ruled Monday that Kansas cannot require documentary proof of U.S. citizenship to register to vote, finding such laws violate the constitutional right to vote in a ruling with national implications.

The decision strikes down the Kansas proof-of-citizenship registration law and makes permanent an earlier injunction that had temporarily blocked it.

In an extraordinary rebuke, the judge also ordered Kobach on Monday to complete an additional six hours of legal education on top of other requirements before he can renew his law license for the upcoming year. She imposed the sanction for his numerous disclosure violations.

Kobach said his office would appeal the judge’s “extreme conclusion,” which he said was unlikely to survive scrutiny by a higher court.

“Her conclusion is incorrect, and it is inconsistent with precedents of the U.S. Supreme Court,” Kobach said in a statement.

Kobach may well be right, although SCOTUS has been wildly inconsistent. A decade ago, in Crawford v. Marion County Election Board, they let stand an Indiana law requiring citizens to show photo identification to vote. But last year it let stand a 4th Circuit ruling that North Carolina’s restrictive voter ID law was unconstitutional. Earlier this term, they upheld Ohio’s purge of the voter rolls for citizens who failed to vote in two elections after receiving a single notice.

But, certainly, Kansas is pushing the envelope here:

No other state has been as aggressive as Kansas in imposing proof-of-citizenship voter registration requirements. Alabama and Georgia have proof-of-citizenship laws that are not currently being enforced, according to the American Civil Liberties Union. Arizona is the only other state with a similar law in effect, but that law is far more lenient and allows people to satisfy it by writing their driver’s license number on the voter registration form.

The lead case filed by the ACLU on behalf of several named voters and the League of Women Voters is centered on the National Voter Registration Act, commonly known as the Motor Voter Law, which allows people to register to vote when applying for a driver’s license. The case required Kobach to prove that Kansas has a significant problem with noncitizens registering to vote.

“It also may have the inadvertent effect of eroding, instead of maintaining confidence in the electoral system given the confusing, evolving, and inconsistent enforcement of (documentary proof of citizenship) laws since 2013,” she wrote.

Her ruling also encompassed a less publicized legal challenge filed by Kansas voter Parker Bednasek, which is not limited to motor-voter applicants cited in the ACLU and therefore affects all Kansas voters.

Kobach, a conservative Republican who is running for governor, was a leading source for Trump’s unsubstantiated claim that millions of immigrants in the country illegally may have voted in the 2016 election.

“This decision is a stinging rebuke of Kris Kobach, and the centerpiece of his voter suppression efforts: a show-me-your-papers law that has disenfranchised tens of thousands of Kansans,” Dale Ho, director of the ACLU’s Voting Rights Project, said in news release. “That law was based on a xenophobic lie that noncitizens are engaged in rampant election fraud.”

The cases have drawn national attention because of its implications for voting rights as Republicans pursue laws they say are aimed at preventing voter fraud but critics contend target Democratic-leaning minorities and college students who may not have such documentation.

“Kris Kobach’s mission to disenfranchise eligible Kansas voters has again been revealed as the unconstitutional crusade it has always been,” Kansas Democratic Party Executive Director Ethan Corson said in an emailed statement.

But the decision drew criticism from Steve Watkins, the Republican candidate for Kansas’ 2nd Congressional District, who called it “the latest example of unelected judges replacing their wisdom for that of voters.”

“There is nothing controversial about requiring United States citizens to show identification when they register to vote; it protects American citizen’s right to free and fair elections. Instead of mocking or playing politics with the integrity of our electoral process — the judiciary should be protecting it,” Watkins said.

Kansas has about 1.8 million registered voters. Kobach has told the court he has been able to document a total of 127 noncitizens who at least tried to register to vote. Forty-three of them were successful in registering, he says, and 11 have voted since 2000. Five of those people registered at motor vehicle offices, according to Kobach.

In the first three years after the Kansas law went into effect in 2013, about one in seven voter registration applications in Kansas were blocked for lack of proof of citizenship — with nearly half of them under the age of 30, according to court documents. Between 2013 and 2016, more than 35,000 Kansas residents were unable to register to vote.

Courts had temporarily blocked Kobach from fully enforcing the Kansas law, with the 10th U.S. Circuit Court of Appeals in Denver calling it “a mass denial of a fundamental constitutional right.”

The Republican counter-argument—that having to demonstrate citizenship to engage in a right reserved to citizens—seems reasonable enough on its face. We have to show a photo ID for routine activity these days and, pursuant to the REAL ID Act of 2005, most state drivers’ licenses now require showing of passports and similar documentation before issuance. So most state-issued photo ID is effectively proof of citizenship these days. And Kansas is compliant with REAL ID.

But REAL ID, an over-reaction to the 9/11 attacks, was designed to ensure security before “accessing Federal facilities, entering nuclear power plants, and, boarding federally regulated commercial aircraft.” And even it specifically stated “The Act’s prohibitions do not affect other uses of driver’s licenses or identification cards – including licenses and cards from noncompliant states – unrelated to official purposes as defined in the Act. For example, the Act does not apply to voting, registering to vote, or for applying for or receiving Federal benefits.”

Further, Kobach’s own statistics would seem to bolster Judge Robinson’s ruling. He’s only able to point to 11 non-citizens voting over a span of 18 years—0.6 per year on average—and a measly 127 who have even attempted to register. Against that menace, “more than 35,000” residents were denied the fundamental right to register. That’s a massive harm to correct an insignificant problem.

While it wasn’t the issue litigated here, it’s hard to deny the charge that voter suppression was indeed the intent here, not an accident. Not only is it part of a nation-wide pattern but, again, the prevention of maybe one illegal vote per election cycle hardly seems worth the massive resources expended in passing, enforcing, and now defending the law.

FILED UNDER: Law and the Courts, US Politics, Voter Suppression