This chart from al-Jazeera shows just how far the missiles that have been developed and tested by North Korea can reach: (click to enlarge) 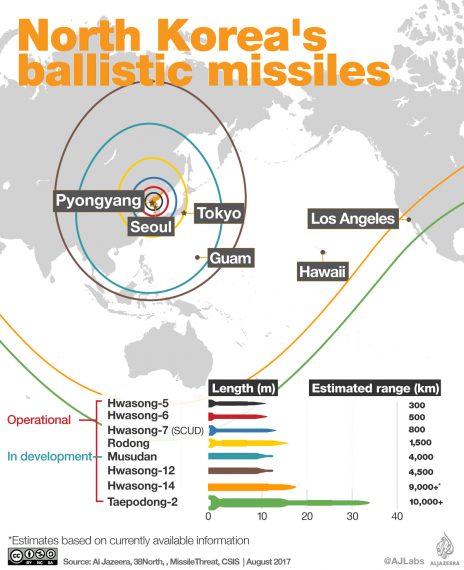 The unknown factor, of course, is whether any of these missiles can actually effectively deliver a payload to the areas that they might be able to reach.