The meme that kids today spend more time indoors these days continues to spread, with a push in today’s WaPo that has the blogosphere and talk radio buzzing. I made my thoughts on the issue clear over the weekend but some good points made elsewhere deserve highlighting.

I compare the reduction in free travel for kids to the reluctance of football coaches to go for it on fourth down even when it makes sense statistically. When the conventional wisdom is that “good parenting means keeping your kids under supervision at all times,” woe betide the parent who bucks it on the off chance that anything goes wrong.

One of his commenters, Garth, notes too that the fact that most kids are living latchkey lives makes it harder for parents to have theirs live differently.

Another big difference is that *then* there were loads of kids wandering about, playing, going to store, school, woods, etc… Now, there are so few . . . that the lone child (or maybe a pair) walking about seems not only out of place, but he/she is possibly lonely and a bit bored (meaning the kid probably has little interest in doing it).

Sean Hackbarth argues that, even aside from safety issues, being indoors is simply more exciting than it used to be.

Technology has given us comfortable, climate-controlled environments that avoid excess heat, cold, sun, and humidity while keeping the bugs away. While inside we can surf the internet, listen to music, watch movies, and play video games.

Henley commenter Mike Kozlowski seconds this observation, explaining at length how much times have changed since the days when the indoor options were watching one of four channels on a 19-inch television or playing a crude video game.

I’m not sure this trend is reversible although I agree with Sean that cutting back on so many organized activities that over-schedule kids and allowing more time for free play would help. Still, the combination of media hype that occaisons every crime or accident that befalls a child, the lack of stay-at-home moms, social pressures, and the lure of the Internet and other indoor activities will be mighty hard to fight. 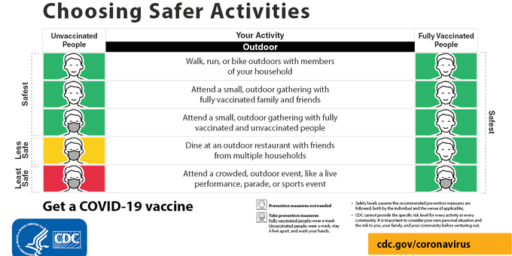