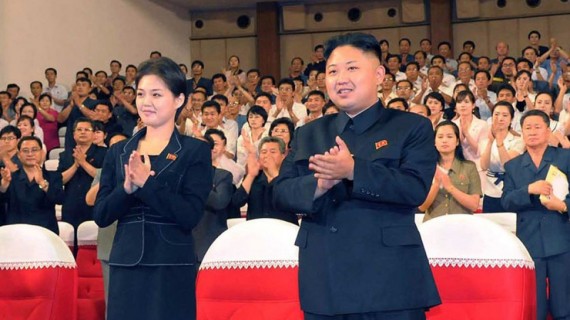 The leader of North Korea has apparently gotten married:

In recent weeks, North Korean media has shown the same woman accompanying Mr. Kim in several state functions, triggering speculation over who she was. The couple attended a July 6 concert that featured Mickey Mouse and other Disney characters. They later visited a kindergarten together.

The North Korean television report did not say when the couple was married.

Mr. Kim, still believed to be in his late 20s, took over top leadership in Pyongyang after his father, Kim Jong-il, died in December.

He has recently begun projecting himself as a young leader self-confident enough to attempt a different ruling style from that of his dour and reclusive father. North Korean television showed Mr. Kim raising a thumb at a girl group singing the theme song of the iconic American movie “Rocky” during the same concert that featured Mickey Mouse.

How, exactly, do you sing the theme from Rocky?