Nicholas Carson points out that, “it costs the [New York] Times about twice as much money to print and deliver the newspaper over a year as it would cost to send each of its subscribers a brand new Amazon Kindle instead.”

Andrew Sullivan terms this “A devastating little insight into the obsolescence of newspapers” but it strikes me as a merely cute apples-to-oranges comparison of the nature of Jesse’s Jackson’s line, “It costs less  to send a child to Yale than to send them to jail.”

That printing and delivering newspapers is expensive while making plastic electronic crap is cheap is rather obvious.  The real question is whether people want to read their news on 6-inch screens and the New York Times company can figure out how to make a profit delivering it to them in the appropriate format.

Of course, newspapers may be on their way to obsolescence under their current business model, anyway, if neither the readers nor the advertisers are willing to fork over enough money to keep them afloat.  Perhaps the Kindle or some as-yet-uninvented technology will rescue them.  But I don’t see how a competing delivery technology will kill them unless they can also fund content creation. 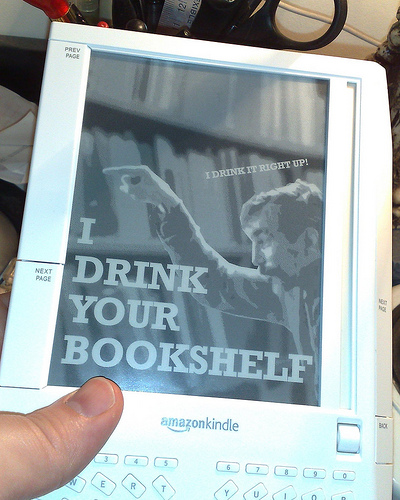