Understanding why your enemy hates you seems to be an important thing, but some people would rather believe in caricatures. 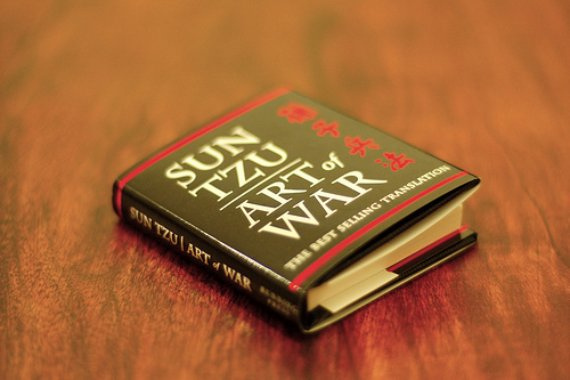 Commenting on many of the email responses that he’s received to a post he wrote that was highly critical of Ron Paul’s foreign policy positions, Commentary’s Peter Wehner makes the following comment:

Most of the e-mails I received, apart from being ad hominem and witless, argued I was wrong to say American “occupation” of Islamic countries couldn’t have been the triggering event for al-Qaeda’s attacks. I wrote, “There was no ‘occupation’ to ground jihadist hate in. We did have a presence in Saudi Arabia, but that hardly qualified as an ‘occupation.'” To which Paul’s supporters replied: We did too occupy Saudi Arabia! And who is the individual they cite as their source on the matter? Why, Osama bin Laden, of course. He insisted it was an occupation, so it was. Q.E.D.

No reasonable person could argue America’s military presence in Saudi Arabia in the 1990s qualified as an “occupation” or, to use Paul’s words, “our invasion
of their land.” That bin Laden and his jihadist allies viewed it as such doesn’t make it so. And for Paul’s supporters to accept bin Laden’s bizarre and twisted interpretation of events as reality tells you just about everything you need to know about them, and about Ron Paul.

The problem with Wehner’s comment is that he isn’t understanding this issue from the point of view of the people that were inspired by al Qaeda to fly airplanes into buildings. They had a very different view of the American military presence in Saudi Arabia during Operation Desert Shield/Desert Storm and afterwards. It was Osama bin Laden’s public statements against the American presence in the Kingdom that finally got him banished from the country, and started him on the road to war against the United States. The American presence in Saudi Arabia, even though it ended long ago, was mentioned repeatedly in the various fatwa’s and propaganda tapes put out by al Qaeda in the years preceding the September 11th attacks.

I bring this up not to justify the September 11th attacks, they were an act of mass murder for which they is no justification, nor because I agree that the American presence in Saudi Arabia was in any sense of the word an “occupation.” I bring it up because it strikes me that it’s important to understand what motivates ones enemy, even if you disagree with it. The delicate position that an American military presence put the Saud family in was well known by all sides when it started, and there were plenty of measures taken during the time American troops were there to minimize the offense that some might take to the presence of American troops, especially female soldiers. The fact that it led radicalized Muslims to become even more radical shouldn’t be too surprising, really.

The wisdom of understanding your enemy, what motivates him, and why he is your enemy is as old as Sun-Tzu. Wehner seems to think that it’s better to live in ignorance and simply assume that the Islamic radicals are evil, irrational monsters. That hasn’t gotten us anywhere over the past ten years.