Two weeks out, it’s apparent that the American public is generally pleased with the outcome of the end-of-2010 Lame Duck Congress:

Americans overwhelmingly welcomed the flurry of lawmaking between the lame-duck Congress and President Obama last month — but they’re hedging their bets on whether the duck keeps quacking.

Seventy-seven percent in this ABC News/Yahoo! News poll say it was good for Obama and Congress to agree to lame-duck legislation on tax cuts, unemployment benefits, gays in the military, the START treaty and aid to 9/11 responders. That includes majorities across the spectrum — 91 percent of Democrats, 79 percent of independents and 62 percent of Republicans.

Whether it lasts is another matter: Whatever the lame-duck session achieved, Americans divide evenly on the chances Obama and the Republicans in Congress will work together on important issues in the year ahead. Forty-eight percent are optimistic about it — just 14 percent “strongly” so — but about as many, 46 percent, are pessimistic about the prospects for political cooperation. 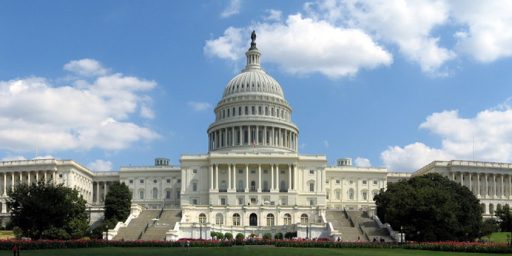 Should We Fear A Lame-Duck Congress ?