The BBC provides an example of the long reach of war:  WWII bomb in Rhine near Koblenz successfully defused

Bomb disposal experts in the German city of Koblenz have successfully defused two bombs from World War II found in the riverbed of the Rhine.

The bigger of the two bombs weighed 1.8 tonnes and was dropped by the Royal Air Force between 1943 and 1945.

Nearly half the city’s population – 45,000 – has been evacuated, including the inhabitants of two hospitals, seven nursing homes and a prison.

It is the biggest bomb disposal operation in Germany since 1945. 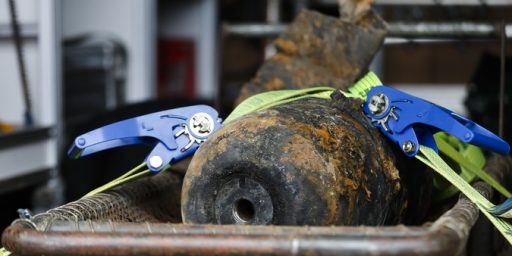