Phil Ramone, a record producer who worked with pretty much all of the giants of American popular music at some point during his career, has died at the age of 79:

Phil Ramone, a prolific record producer and engineer who worked with some of the biggest stars of the last 50 years, including Ray Charles, Frank Sinatra, Paul Simon, Billy Joel and Barbra Streisand, died on Saturday in Manhattan. He was 79.

His death was confirmed by his son Matthew. He did not immediately release a cause, but Mr. Ramone was reported to have been admitted to a Manhattan hospital in late February for treatment of an aortic aneurysm.

In his 2007 memoir, “Making Records, the Scenes Behind the Music,” written with Charles L. Granata, Mr. Ramone detailed decades of recording sessions with superstar artists and defined the role of record producer as being roughly equivalent to that of a movie director, creating and managing an environment in which to coax the best work out of his performers.

“But, unlike a director (who is visible, and often a celebrity in his own right), the record producer toils in anonymity,” he wrote. “We ply our craft deep into the night, behind locked doors. And with few exceptions, the fruit of our labor is seldom launched with the glitzy fanfare of a Hollywood premiere.”

Mr. Ramone’s career was one of those exceptions. Within the music industry he had a reputation as an expert craftsman and trusted artists’ confidant, and he became one of the handful of producers with wide public name recognition. He won a total of 14 Grammy Awards, including producer of the year, nonclassical, in 1981, and three for album of the year: Mr. Simon’s “Still Crazy After All these Years” in 1976, Mr. Joel’s “52nd Street” in 1980, and Mr. Charles’s duets album, “Genius Loves Company” in 2005.”I always thought of Phil Ramone as the most talented guy in my band,” Mr. Joel said in a statement on Saturday. “He was the guy that no one ever ever saw onstage. He was with me as long as any of the musicians I ever played with — longer than most. So much of my music was shaped by him and brought to fruition by him.”

Mr. Ramone was born in South Africa and grew up in Brooklyn. His father died when Mr. Ramone was young, and his mother worked in a department store. A classical violin prodigy, he studied at Juilliard but soon drifted toward jazz and pop. He apprenticed at a recording studio, and in 1958 co-founded A & R Recording, a studio on West 48th Street in Manhattan.

Mr. Ramone quickly built a reputation as a recording engineer for a range of material, including pop fare like Lesley Gore as well as jazz by John Coltrane and Stan Getz and João Gilberto’s landmark 1964 album “Getz/Gilberto.” He was also the engineer behind Marilyn Monroe’s breathy version of “Happy Birthday” sung to President John F. Kennedy in 1962.

Through the 1960s he worked as an engineer with Quincy Jones, Neil Diamond, Aretha Franklin and B. J. Thomas (“Raindrops Keep Falling on My Head”) and others, and also began working as a producer.

News of Ramone’s death brought forth laudatory comments from many of the stars that he had worked with:

Response to the news of the death of Phil Ramone was instantaneous on Saturday, as the Internet was filled with tributes and remembrances from his colleagues, collaborators and admirers, including Billy Joel, Tony Bennett, Stevie Wonder, Aretha Franklin, Josh Groban and many more.

“I always thought of Phil Ramone as the most talented guy in my band,” Billy Joel, who worked with the producer on several albums, said. “So much of my music was shaped by him and brought to fruition by him. I have lost a dear friend — and my greatest mentor.”

“This is so shocking. I just performed for his tribute in December,” Aretha Franklin said in a statement. “Truly one of the great names in music has gone on, but the melodies will remain.”

Phil Ramone was a lovely person and a very gifted musician and producer,” Tony Bennett said. “He had a wonderful sense of humor and a deep love of music.”

Stevie Wonder called Ramone “the star of stars behind the stars. What a great man, what a kind spirit, such an incredible producer. Truly a tragic loss for us on earth but what a wonderful blessing for heaven.”

“I’m filled with sadness at the news of Phil Ramone’s passing,” Josh Groban tweeted. “He was a great friend and made music the right way.”

“Phil Ramone was the epitome of class,” songwriter Diane Warren wrote in one of several tribute tweets. “And what a true producer should b. Musical. Sensitive. He knew his shit. And was a gentleman.

Billy Joel, who can credit the launch of his career to Ramone, had this to say:

I always thought of Phil Ramone as the most talented guy in my band. He was the guy that no one ever ever saw onstage. He was with me as long as any of the musicians I ever played with – longer than most. So much of my music was shaped by him and brought to fruition by him. I have lost a dear friend – and my greatest mentor. The music world lost a giant today.” – Billy Joel 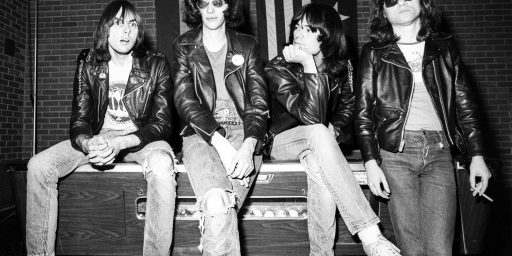