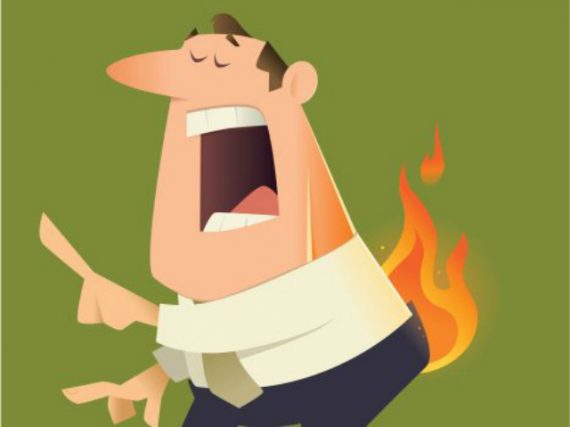 This story has the fortunate coincidence of simultaneously being both a lawyer joke and a Florida Man joke, except it’s apparently true:

A Miami defense lawyer’s pants burst into flames Wednesday afternoon as he began his closing arguments in front of a jury — in an arson case.

Stephen Gutierrez, who was arguing that his client’s car spontaneously combusted and was not intentionally set on fire, had been fiddling in his pocket as he was about to address jurors when smoke began billowing out his right pocket, witnesses told the Miami Herald.

He rushed out of the Miami courtroom, leaving spectators stunned. After jurors were ushered out, Gutierrez returned unharmed, with a singed pocket, and insisted it wasn’t a staged defense demonstration gone wrong, observers said.

Instead, Gutierrez blamed a faulty battery in an e-cigarette, witnesses told the Miami Herald.

“It was surreal,” one observer told the Miami Herald.

Gutierrez was representing Claudy Charles, 48, who is accused of intentionally setting his car on fire in South Miami-Dade. He had just started his closing arguments when the fire broke out. Jurors convicted Charles anyway of second-degree arson.

“Ladies and gentlemen of the jury, my client did not intentionally set that fire. The car erupted in flames all on its own. Just like my pants.”