Lines of the Day (Will on Newt Edition)

“There is almost artistic vulgarity in Gingrich’s unrepented role as a hired larynx for interests profiting from such government follies as ethanol and cheap mortgages. His Olympian sense of exemption from standards and logic allowed him, fresh from pocketing $1.6 million from Freddie Mac (for services as a “historian”), to say, “If you want to put people in jail,” look at “the politicians who profited from” Washington’s environment”—George Will.

Say what you will about Will, he can turn a phrase.

FILED UNDER: Campaign 2012, Environment, US Politics, Freddie Mac, George Will 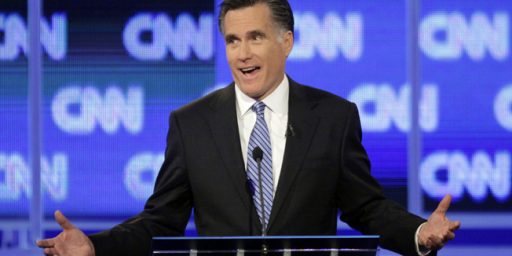