An article from the Washington Post the no-knock raid on Berwyn Height’s Mayor Cheye Calvo’s home.

Georgia stood trembling in front of the kitchen stove. Payton, who had been stretched out in a corner of the living room farthest from the front door, his head resting near the threshold to the kitchen “turned toward the front door when I turned,” Georgia recalled. “He didn’t have time to do anything else.” Almost instantly, men in black ran forward and shot Payton in the face, Georgia said. “They kept shooting,” she recalled. “I didn’t know how many times they shot Payton because there was so much gunfire.”

“Down on the ground!” Georgia recalled someone screaming at her. She was too terrified to move.

Chase, always timid even when there was nothing to fear, did what he did best — he ran. He ran away from the men in black, zipped past Georgia at the stove, Georgia recalled. The screaming, running men followed Chase, shooting as he tried escaping into the dining room, Georgia said. She watched in horror as men in black rushed the dining room from all directions. “I could hear Chase whimpering,” Georgia said. Then she heard someone shoot at Chase again, she said.

“The guy in there is crazy,” Johnson remembered a Prince George’s County officer telling him when he arrived. “He says he is the mayor of Berwyn Heights.”

“That is the mayor of Berwyn Heights,” Johnson replied.

The detective looked very surprised, Johnson later recalled: “He had that ‘Oh, crap’ look on his face.”

This is how Murphy later recalled their conversation:

“Martini tells me that when the SWAT team came to the door, the mayor met them at the door, opened it partially, saw who it was, and then tried to slam the door on them,” Murphy recalled. “And that at that point, Martini claimed, they had to force entry, the dogs took aggressive stances, and they were shot.”

If the police chief’s recollection is correct not only stupid, but liars too.

“I found something,” Georgia heard a detective yell excitedly. The woman held a white envelope filled with cash. Inside, was $68. Across the front of the envelope were written two words: “yard sale.”

The scene at the house was so terrible and odd to Berwyn Heights officer Johnson that he planted himself in the living room. He couldn’t see a search warrant posted anywhere. The mayor looked so vulnerable that Johnson wanted to make sure nothing even worse happened to him, such as getting shot. “Not that I didn’t trust the police,” Johnson would later say. “But I wanted to personally witness what is going to happen to my mayor, so if they try to say this guy went for a gun — and he didn’t — it’s not going to happen on my watch.”

And it figures the good cop in the story is one of the local cops. Not a member of some elite task force, not a “highly trained” specialist; nope just a regular cop working in a small town.

Cheye says the lead officer at the scene, Prince George’s Det. Shawn Scarlata, told him and Trinity that he could haul them all into jail because the box had been addressed to Trinity. But he said he wasn’t going to as long as they cooperated. (Scarlata later said he could not comment on the case for this article.)

Police Chief Murphy was angry that Prince George’s police hadn’t given him the courtesy of notifying him before their raid, allowing him to help them execute their search warrant peacefully and avert tragedy. “I never imagined, when I set out to protect people from the crooks and the criminals, that I would have to protect them from my fellow police officers,” Murphy told the crowd.

High and Jackson defended the raid on the mayor of Berwyn Heights as reasonable and restrained, given the information they had at the time. “In some quarters, this has been viewed as a flawed police operation and an attack on the mayor, which it is not,” High said. “This was about an address; this was about a name on a package . . . and, in fact, our people did not know that this was the home of the mayor and his family until after the fact.”

Shorter Prince George’s County Police Chief High and Sherif Jackson, “We didn’t do anything other than the bare minimum for investigative work.” 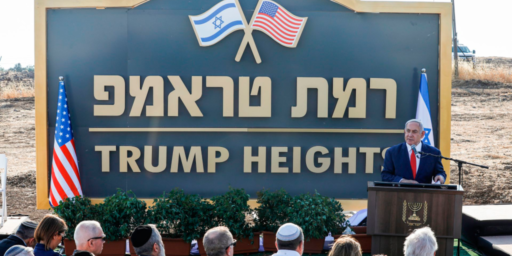