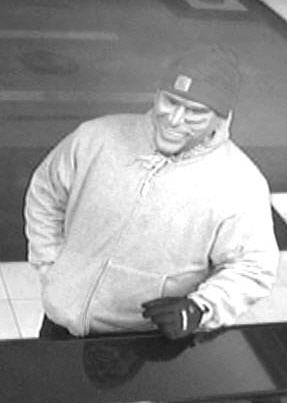 Police in the battleground state of Pennsylvania are looking for a man who robbed a bank Thursday night wearing a George W. Bush mask. The holdup man, who did not flash a weapon, demanded the money from a teller at a Commerce Bank near York. As seen in the below bank surveillance photos–provided to TSG by the Northern York County Regional Police–the robber wore gloves, a ski hat, and a fixed grin. A police spokesman would not say how much the Dubya doppelganger got away with.

FILED UNDER: Campaign 2004, Humor, Law and the Courts