While the pace of modern life is in many ways faster than ever, the golden age of speed was decades ago. 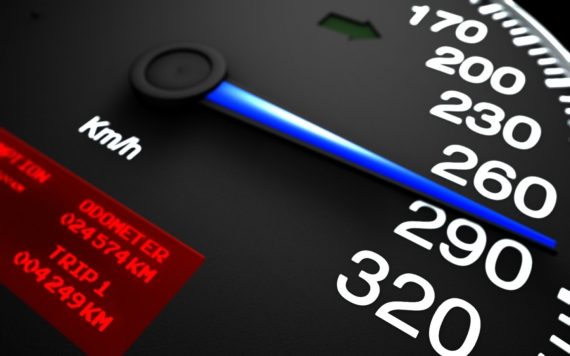 While the pace of modern life is in many ways faster than ever, the golden age of speed was decades ago.

WSJ (“Putting on the Brakes: Mankind Nears the End of the Age of Speed–As Space Shuttle Nears Retirement, Flyboys Pause to Reflect on a Slowdown“):

When the U.S. space shuttle completes its final flight, planned for June, mankind will take another step back from its top speed. Space shuttles are the fastest reusable manned vehicles ever built. Their maximum was only exceeded by single-shot moon rockets.

The shuttles’ retirement follows the grounding over recent years of other ultrafast people carriers, including the supersonic Concorde and the speedier SR-71 Blackbird spy plane. With nothing ready to replace them, our species is decelerating—perhaps for the first time in history.

It has been a good two-century sprint, says Neil Armstrong, who in 1969 covered almost 240,000 miles in less than four days to plant the first human footprint on the Moon. Through the 18th century, he noted in an email exchange, humans could travel by foot or horse at approximately six miles per hour. “In the 19th, with trains, they reached 60 mph. In the 20th, with jet aircraft, we could travel at 600 mph. Can we expect 6,000 mph in the 21st?” he wondered. “It does not seem likely,” Mr. Armstrong continued, although he holds out some hope.

Thirty seconds across the museum from the locomotive sits part of an actual rocket that achieved humankind’s highest speed ever. The command module of Apollo 10, America’s gift to Britain, reached nearly 25,000 miles per hour as it returned to the Earth eight weeks before Mr. Armstrong’s trip. “These artifacts are now history, verging on ancient history,” says Doug Millard, a senior curator at the museum.

Eugene Cernan, one of three astronauts in the Apollo 10 capsule—and the holder of the lunar speed record driving a moon buggy during Apollo 17, says “25,000 mph is at the edge of people’s ability to comprehend.” In space, it was “easier than riding a roller coaster,” he added. “We won’t go that fast again until we return from Mars.”

Not everyone rues the slowdown. “I think speed’s overrated,” says Bob van der Linden, chairman of the aeronautics department at the Smithsonian Institution’s National Air and Space Museum in Washington, which displays many of the record-holding craft. Inside the atmosphere, physics makes blinding speed impractical or unaffordable, Mr. Van der Linden says. Faster than around Mach .85—or 85% of the speed of sound—friction, turbulence and sonic boom cause big headaches. People become excess baggage. Unmanned craft have left us in the dust.

The SR-71 Blackbird, the world’s fastest plane, has been replaced by orbiting satellites. They’re much less sexy–or flexible–but much more practical. No manned spacecraft has exceeded the speed of the Apollo 10–set over four decades ago.

When I was a kid, this stuff still fascinated people. The Blue Flame set a land speed record in 1970 that stood until 1997–by which time no one much cared. Indeed, most of the vehicle speed records are relatively recent. But, like the post-Apollo space program, failed to capture the popular imagination in the way that they once did.