MARCH BADNESS: While it is rather surreal to be talking sports while the country gears up for war, I find Mike Celizic’s piece on the idiocy of the NCAA basketball tournament selection process dead-on. It pretty much summarizes my long-held views on the subject. The piddly schools who win piddly conferences should not automatically get a tournament bid. Frankly, the worst team in the SEC or ACC is almost certainly better than the best team in the Patriot League or Atlantic Sun Conference most years. (And no sour grapes on my part: My alma mater, Alabama, made the tourney as a 10 seed despite having a mediocre conference record after being briefly ranked #1 in the early season polls.) 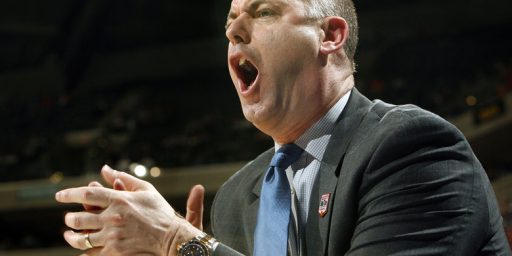 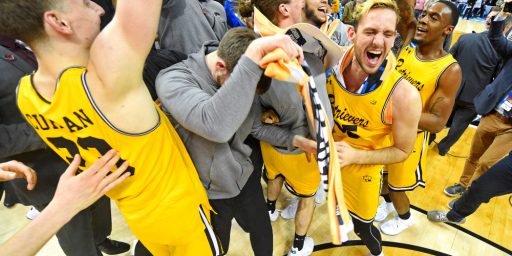