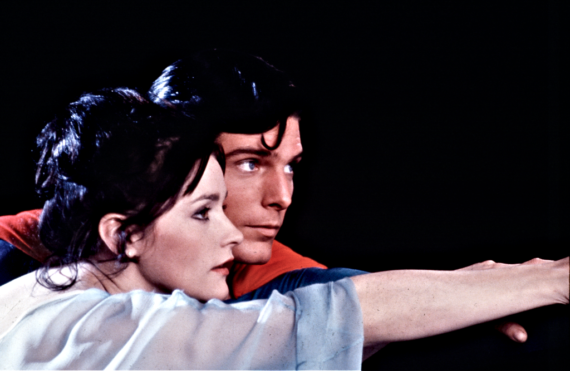 Margot Kidder, who became most famous in the role of Lois Lane in the four Superman movies that Christopher Reeve made, has died at the age of 69:

Margot Kidder, a smoky-voiced actress who played ace reporter Lois Lane in the “Superman” movie phenomenon and was an imperiled homeowner in the popular horror film “The Amityville Horror” but whose career was eclipsed by her struggle with bipolar disorder, died May 13 at her home in Livingston, Mont. She was 69.

A spokeswoman for the Franzen-Davis Funeral Home in Livingston confirmed the death and said no other information was available.

Throughout the 1970s, Ms. Kidder was praised for conveying cunning and sensuality in equal measure. In filmmaker Brian De Palma’s Hitchcock thriller homage “Sisters” (1973), critic Pauline Kael noted Ms. Kidder’s performance as a psychopath with the ability to “turn on sexiness with a witch’s precision.”

She appeared in the sorority house slasher film “Black Christmas” (1974) and “The Great Waldo Pepper” (1975) starring Robert Redford as a barnstorming pilot, and her career continued apace until “Superman” (1978) supercharged it.

Lois Lane, the archetypal “girl reporter” constantly being rescued from peril by Superman, had been a staple of radio and TV since the 1940s. Joan Alexander and Noel Neill were among the early Lanes, whose coltish spirit often landed them in trouble with enemy agents and other foes bent on destroying the American way of life. Actors Bud Collyer and George Reeves portrayed the Man of Steel, who disguises himself as Lane’s nerdy, fumbling newsroom colleague Clark Kent.

Margaret Ruth Kidder was born on Oct. 17, 1948, in Yellowknife, in the Northwest Territories of Canada. Her mother, Margaret, was a teacher, and her father, Kendall, was an explosives expert whose job entailed taking the family to whatever remote place ore had been discovered.

“I read books,” she told The Montana Standard in 2016, “and hung out with friends in the woods or at the hockey rink. We’d get Montreal on the shortwave radio once a week. That was about it for entertainment.”

Eventually her parents sent her to boarding school in Toronto, where she started acting in school plays. She later attended the University of British Columbia.

In the late 1960s she landed her first TV roles, in Canadian series like “Wojeck,” “McQueen” and “Corwin.” Her first film was the Norman Jewison comedy “Gaily, Gaily” in 1969.

Among her 1975 films was “92 in the Shade,” written and directed by the novelist Thomas McGuane, whom she married in 1976; they divorced the next year. Her marriages to the actor John Heard in 1979 and the director Philippe de Broca in 1983 also ended in divorce.

It was with the four Reeve-centered Superman movies, which were released between 1978 and 1987, that Kidder remains the most well-known, of course, and which most people will remember her for. While her IMDB biography does list a number of appearances in films and television in the years after that last Superman movie, many of them appear to be minor roles or guest appearances that didn’t rise to the starring level in what was, until the advent of the Disney/Marvel era, the most successful superhero movie franchise coming out of Hollywood. The last listed appearance of any kind came in an apparently independent film that was released last year. It’s also worth noting that Kidder apparently dealt with some mental health issues in the 90s that resulted in some run-ins with law enforcement that made the headlines at the time. Beyond that, though, she mostly stayed out of the headlines notwithstanding her political activism and the fact that she was, for a time, linked to a romance with former Canadian Prime Minister Pierre Trudeau.

In the Superman films, the chemistry between Reeve and Kidder seemed to be perfect for the relationship that the four movies depicted, perhaps most famously starting with this scene from the first movie:

Reeve, of course, passed away in 2004, some nine years after a horse riding accident that left him a quadriplegic, although Reeve didn’t let that stop him from becoming an advocate for the disabled and for causes such as stem cell research aimed at helping people who have suffered injuries like his.