This November, California could become the first state in the nation to completely legalize the possession and sale of marijuana. And the battle over the ballot initiative is having an impact on other statewide races. 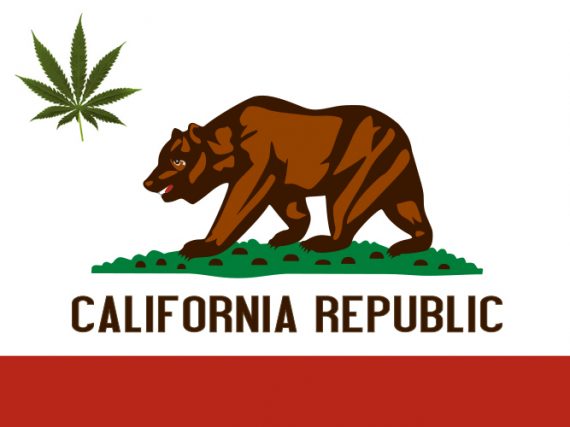 California has long been known for unique, and controversial ballot initiatives, but there’s one on the ballot this year that is likely to get a lot media attention over the next five weeks, and even more attention if it passes. Proposition 19 would effectively legalize the possession and sale of marijuana, and would authorize the state and California localities to tax and regulate it in the same manner that they do alcohol. The proposition itself is not all that surprising given California’s history over the past fifteen years of significantly liberalizing the drug laws as it relates to marijuana, starting first in 1996 with Proposition 215, which opened the floodgates on state laws allowing possession of marijuana for medical purposes, and continuing with Proposition 36 which essentially made most people convicted of non-violent drug possession eligible for probation rather than incarceration. On some level then, an effort at complete legalization was the natural next step in a process in California that reflects a general attitude among the populace that marijuana use just isn’t a very big deal.

So far at least, it’s looking very much like Prop 19 will pass:

The ballot initiative Proposition 19, which would legalize, tax and regulate marijuana in California, still leads by nine points in the latest poll from PPP:

PPP (PDF) (9/14-16)
Proposition 19 would legalize marijuana under California but not federal law. It would permit
local governments to regulate and tax commercial production, distribution, and sale of
marijuana. Will you vote yes or no on Proposition 19?
Yes 47%
No 38%
Undecided 14%

The good news is that Yes on Prop 19 still has that fairly large nine-point margin over No on Prop 19. This is larger than we saw in the most recent SurveyUSA poll, which found it 47 percent yes -43 no.

The one caveat, of course, is that Yes is polling under 50%, which is essentially the same place that the No vote on Proposition 8 was polling in the weeks leading up to the 2008 election. So, it’s still entirely possible that the legalization initiative will fail, and one group is putting a lot of money into making sure that it does:

The California Beer & Beverage Distributors is spending money in the state to oppose a marijuana legalization proposition on the ballot in November, according to records filed with the California Secretary of State. The beer sellers are the first competitors of marijuana to officially enter the debate; backers of the initiative are closely watching liquor and wine dealers and the pharmaceutical industry to see if they enter the debate in the remaining weeks.

The irony of the alcohol industry opposing an initiative to legalize marijuana is, I am sure, not lost on anyone. It is, roughly, the equivalent of the gambling industry opposing the opening of horse tracks and off-track betting, and on some level a recognition of the fact that there really isn’t any functional equivalent between the two products other than the fact that one happens to be illegal.

One of the more interesting things about Prop 19, though, is the fact that it may actually be helping undercut the enthusiasm gap that Democrats are facing in the rest of the nation:

One thing that’s interesting about the marijuana polling is that it really doesn’t break down along party lines to the same extent most of the things we poll do. 56% of Democrats support it to 28% opposed and 30% of Republicans support it with 57% opposed. That’s a lot more division within the ranks of both parties than we’re seeing on a lot of stuff.

A big question to contemplate in California is whether the marijuana initiative is helping to stifle the enthusiasm gap Democrats are dealing with in most other states, particularly when it comes to intended turnout from young voters. We’re seeing a much higher level of interest in this election from voters under 45 in California than in most places and those folks are highly favorable toward Proposition 19, planning to vote for it by a 54/34 margin.

Because of the fact that it is influencing who is going to be a Likely Voter on Election Day, the presence of Prop 19 on the ballot may explain at least in part why Barbara Boxer remains competitive against Carly Fiorina, and why Jerry Brown remains within the Margin of Error against Meg Whitman.

This will be worth watching as the weeks go on, but as it stands now it’s very likely that California will become the first state in the country to completely legalize marijuana. To me, that’s a positive development that will hopefully start a trend.