Our eggheads isn't as smart as they thinks. 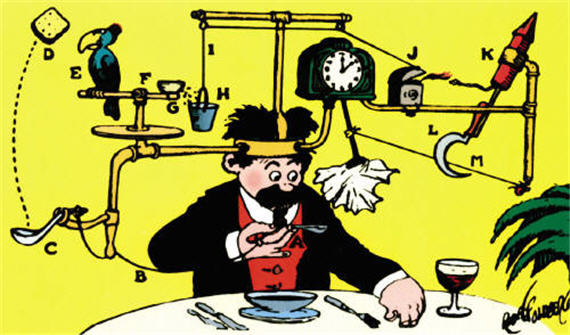 Our eggheads isn’t as smart as they thinks.

Camping enthusiasts and aspiring modern sculptors take heed: researchers have achieved a breakthrough in understanding and controlling overcurvature, which is found in such disparate settings as pop-up tents, DNA plasmids and curved origami. Overcurvature occurs when a ring is too curved to lie flat in a plane the way a normal circle does. For example, if you detached a segment of a Slinky and connected its ends to make a closed loop, you would have a hard time getting the whole thing to lie flat on the floor. The intrinsic curvature of the Slinky would cause the ring to buckle and assume a three-dimensional saddle shape.

In fact, the Slinky played a major role in this research project, the results of which were published in the journal Nature Communications last December. (Scientific American is part of Nature Publishing Group.) After observing overcurved rings of various sizes and materials, the researchers found a family of curves with fairly simple mathematical descriptions that they believed would model the shapes these overcurved rings take in space. They used loops made from portions of plastic Slinkys as the setting for precise measurements and found that their predicted curves were indeed what they observed in the Slinkys. “It was really surprising to us,” says Alain Jonas, a materials scientist at the Catholic University of Leuven in Belgium, who led the research. “It was this experience where you find something and it actually fits!”

The paper includes an efficient pathway for folding pop-up tents and other overcurved rings, as shown in the illustration above. To fold a ring into three loops, place your hands on opposite sides of the ring. As you lift up, bring your hands together and grab the opposite sides in one hand. Use your free hand to coax the two opposite sides down and toward each other to form a saddle shape. At both the top and the bottom, push one side over the other and collapse the loops together.

The referenced “illustration above” does not appear in the online version of the article, alas. But what prompted my posting wasn’t the article itself—advanced metrics show very little interest in camping tips among readers of political blogs—but the comment section.

A scrodz starts the conversation: “Congratulations. You’ve found a way to do what butchers and carpenters have been doing since the invention of the band saw.”

DaveAlsop chimes in, “Just like the butchers, the entomologists have known about this folding trick for many years. A firm named BioQuip (in California) has for many years sold a product called a Snap Net that can be folded (as shown) and placed in a back pocket.”

Mr. rkglover observes, “About 60 years ago a wood working craftsman taught me how to coil a bandsaw blade. I’m sure he wasn’t aware that the technique had not been discovered.”

Similarly, kbbpll exclaims, “I’ve been folding beaded clincher bicycle tires using the method the article describes, for over thirty years. I had no idea that it was a scientific breakthrough.”

UncaDonald418 counters, “To be fair, a math whiz would have never taken a high school shop class where that skill was taught!”