Maurice Sendak, Author Of ‘Where The Wild Things Are’, Dead At 83 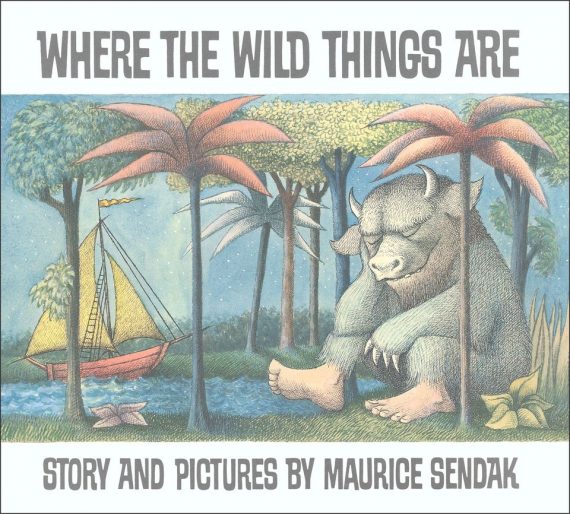 The author of one of the most-beloved children’s books ever written died today at the age of 83:

Maurice Sendak, widely considered the most important children’s book artist of the 20th century, who wrenched the picture book out of the safe, sanitized world of the nursery and plunged it into the dark, terrifying and hauntingly beautiful recesses of the human psyche, died on Tuesday in Danbury, Conn. He was 83 and lived in Ridgefield, Conn.

The cause was complications from a recent stroke, said Michael di Capua, his longtime editor.

Roundly praised, intermittently censored and occasionally eaten, Mr. Sendak’s books were essential ingredients of childhood for the generation born after 1960 or thereabouts, and in turn for their children. He was known in particular for more than a dozen picture books he wrote and illustrated himself, most famously “Where the Wild Things Are,” which was simultaneously genre-breaking and career-making when it was published by Harper & Row in 1963.

In September, a new picture book by Mr. Sendak, “Bumble-Ardy” — the first in 30 years for which he produced both text and illustrations — was issued by HarperCollins Publishers. The book, which spent five weeks on the New York Times children’s best-seller list, tells the not-altogether-lighthearted story of an orphaned pig (his parents are eaten) who gives himself a riotous birthday party.

A posthumous picture book, “My Brother’s Book” — a poem written and illustrated by Mr. Sendak and inspired by his love for his late brother, Jack — is scheduled to be published next February.

Mr. Sendak’s work was the subject of critical studies and major exhibitions; in the second half of his career, he was also renowned as a designer of theatrical sets. His art graced the writing of other eminent authors for children and adults, including Hans Christian Andersen, Leo Tolstoy, Herman Melville, William Blake and Isaac Bashevis Singer.

In book after book, Mr. Sendak upended the staid, centuries-old tradition of American children’s literature, in which young heroes and heroines were typically well scrubbed and even better behaved; nothing really bad ever happened for very long; and everything was tied up at the end in a neat, moralistic bow.

Mr. Sendak’s characters, by contrast, are headstrong, bossy, even obnoxious. (In “Pierre,” “I don’t care!” is the response of the small eponymous hero to absolutely everything.) His pictures are often unsettling. His plots are fraught with rupture: children are kidnapped, parents disappear, a dog lights out from her comfortable home.

A largely self-taught illustrator, Mr. Sendak was at his finest a shtetl Blake, portraying a luminous world, at once lovely and dreadful, suspended between wakefulness and dreaming. In so doing, he was able to convey both the propulsive abandon and the pervasive melancholy of children’s interior lives.

His visual style could range from intricately crosshatched scenes that recalled 19th-century prints to airy watercolors reminiscent of Chagall to bold, bulbous figures inspired by the comic books he loved all his life, with outsize feet that the page could scarcely contain. He never did learn to draw feet, he often said.

In 1964, the American Library Association awarded Mr. Sendak the Caldecott Medal, considered the Pulitzer Prize of children’s book illustration, for “Where the Wild Things Are.” In simple, incantatory language, the book told the story of Max, a naughty boy who rages at his mother and is sent to his room without supper. A pocket Odysseus, Max promptly sets sail:

And he sailed off through night and day

and in and out of weeks

and almost over a year

to where the wild things are.

There, Max leads the creatures in a frenzied rumpus before sailing home, anger spent, to find his supper waiting.

As portrayed by Mr. Sendak, the wild things are deliciously grotesque: huge, snaggletoothed, exquisitely hirsute and glowering maniacally. He always maintained he was drawing his relatives — who, in his memory at least, had hovered like a pack of middle-aged gargoyles above the childhood sickbed to which he was often confined.

Maurice Bernard Sendak was born in Brooklyn on June 10, 1928; his father, Philip, was a dressmaker in the garment district of Manhattan. Family photographs show the infant Maurice, or Murray as he was then known, as a plump, round-faced, slanting-eyed, droopy-lidded, arching-browed creature — looking, in other words, exactly like a baby in a Maurice Sendak illustration. Mr. Sendak adored drawing babies, in all their fleshy petulance.

A frail child beset by a seemingly endless parade of illnesses, Mr. Sendak was reared, he said afterward, in a world of looming terrors: the Depression; the war; the Holocaust, in which many of his European relatives perished; the seemingly infinite vulnerability of children to danger. The kidnapping of the Lindbergh baby in 1932 he experienced as a personal torment: if that fair-haired, blue-eyed princeling could not be kept safe, what certain peril lay in store for him, little Murray Sendak, in his humble apartment in Bensonhurst?

An image from the Lindbergh crime scene — a ladder leaning against the side of a house — would find its way into “Outside Over There,” in which a baby is carried off by goblins.

As Mr. Sendak grew up — lower class, Jewish, gay — he felt permanently shunted to the margins of things. “All I wanted was to be straight so my parents could be happy,” he told The New York Times in a 2008 interview. “They never, never, never knew.”

His lifelong melancholia showed in his work, in picture books like “We Are All in the Dumps With Jack and Guy” (HarperCollins, 1993), a parable about homeless children in the age of AIDS. It showed in his habits. He could be dyspeptic and solitary, working in his white clapboard home in the deep Connecticut countryside with only Mozart, Melville, Mickey Mouse and his dogs for company.

It showed in his everyday interactions with people, especially those blind to the seriousness of his enterprise. “A woman came up to me the other day and said, ‘You’re the kiddie-book man!’ ” Mr. Sendak told Vanity Fair last year.”I wanted to kill her.”

But Mr. Sendak could also be warm and forthright, if not quite gregarious. He was a man of ardent enthusiasms — for music, art, literature, argument and the essential rightness of children’s perceptions of the world around them. He was also a mentor to a generation of younger writers and illustrators for children, several of whom, including Arthur Yorinks, Richard Egielski and Paul O. Zelinsky, went on to prominent careers of their own.

Want to Get Through Airport Security Faster?