Maybe 9-9-9 Really Is About The Pizza Price

You can get a large cheese pizza from the Godfather’s in Mooresville, Indiana for………….. 9 dollars, 99 cents: 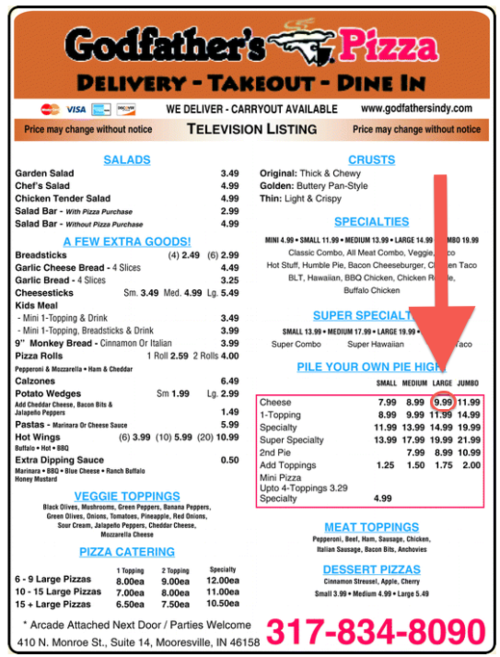