McCain ‘How Do We Beat the Bitch’ Video

“How do we beat the bitch?” a supporter asked Republican presidential hopeful John McCain during an intimate campaign gathering in Hilton Head, South Carolina Monday.

The “bitch” -of course- being Hillary Clinton, the Democratic front-runner.

The question immediately drew laughter, and a noticeable blush from the Arizona Senator.

“May I give the translation?” McCain jokingly asked.

“I thought she was talking about my ex-wife,” someone in the crowd shouted, just as McCain attempted to give a dignified response to the rather undignified question.

McCain responded by telling supporters that a recent poll showed him leading Hillary Clinton in a head-to-head race for president. “I respect Senator Clinton,” McCain said.

It’s a very awkward exchange. That a middle aged woman asked it in that way, in mixed company, with cameras rolling, to a United States Senator says quite a bit about the level to which our political discourse has sunk and about the visceral antipathy to Senator Clinton.

Sargent also wonders why McCain didn’t condemn the remark. Perhaps he should have.

It’s asking a bit much to expect McCain to admonish one of his supporters in the midst of a jovial exchange, humiliating her and creating an incredibly awkward situation. Dealing with rude behavior is always awkward, putting people in the position of responding in kind or ignoring it. McCain chose the latter.

UPDATE: Michael van der GaliÃ«n and Ann Althouse think McCain should have been more indignant, with the latter drawing an analogy:

But I don’t think “bitch” is a word that can be used in political discourse around a presidential candidate. Imagine if the questioner had asked — referring to Obama — “how do we beat the [n-word]?” He would have immediately voiced his rejection of that word. Laughing and pretending to wipe away sweat and so forth would never have been good enough and he would have known it.

The comparison, however, doesn’t work. That word has long been considered quite toxic and simply isn’t uttered (by white people, anyway) in polite public discussions. Indeed, we’ve euphemized it as “The N word” because saying it is so verboten. “Bitch,” by contrast, has been normalized over the past quarter century so much so that it’s routinely heard on prime time network television. It simply doesn’t have the same connotation. (Althouse’s commenters provide an alternative female-specific epithet that’s more analogous.)

Ideally, McCain would have politely scolded the woman for her phrasing. Most of us, however, routinely experience situations where, after the fact, we realize what we “should have said.” McCain wasn’t prepared for the situation. Then again, I’m not sure it’s reasonable to expect that he would have been. 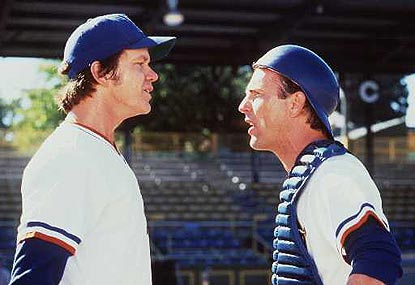 Throwing Sister Souljah Under the Bus 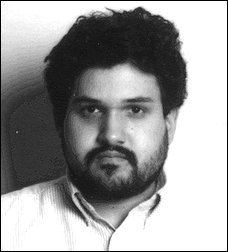