Sen. John McCain has won the state of Missouri.

John McCain has won Missouri’s 11 electoral votes, CNN declares.  Missouri hasn’t actually made that official yet, mind you.  But the election was a mere sixteen days ago.

With Missouri’s 11 electoral votes in Senator McCain’s column, the final count is 365 for Obama and 173 for McCain.

The “news” here, if you want to call it that, is that another statistical anomaly has bitten the dust:

McCain’s edging out of Obama in Missouri breaks the state’s bellwether streak in which Missourians correctly picked the presidential candiate in every election dating back to the 1960 contest. Missouri got it wrong in 1956, voting for the Democratic challenger Adlai Stevenson, who lost the election to President Dwight D. Eisenhower. Before that election, Missouri correctly picked the winner in every race for the White House dating back to 1904.

We’re dealing with an incredibly small sample size here.  Basically, they’ve gotten 24 of 26 elections “right.” The vast majority of these were blowouts, too. 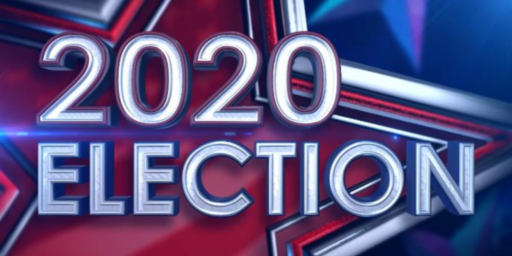