During last night’s Republican debate, Tim Russert quoted John McCain back to himself: “I know a lot less about economics than I do about military and foreign policy issues. I still need to be educated.” McCain responded: “I don’t know where you got that quote from, I’m very well versed in economics.”

One of Josh Marshall‘s readers dug up the quote, from an old Wall Street Journal article with the subtitle “John McCain explains his eclectic–and troubling–economic philosophy.” “I’m going to be honest: I know a lot less about economics than I do about military and foreign policy issues. I still need to be educated.” OK, so who does he turn to for advice? His answer is reassuring. His foremost economic guru is former Texas Sen. Phil Gramm (who would almost certainly be Treasury secretary in a McCain administration). He’s also friendly with the godfather of supply-side economics, Arthur Laffer.

First, McCain was engaging in the straight talk with journalists that he’s known for in the first instance and being less-than-straight last night.

Second, the interview made McCain more aware of his ill preparation on the economics front and he’s used the ensuing 26 months to educate himself — by talking with Laffer and Gramm, reading Greenspan’s book, and getting coached up by his advisors.

My guess is that both these are true, actually. While national security policy remains McCain’s chief selling point, much of his campaign has focused on economic issues, notably the need for fiscal restraint in Congress. It’s quite likely that he’s boned up on economics in preparing for the debates, television appearances and whatnot.

Of course, it would have been nice if he’d simply said that rather than denying that there was ever a time when he wasn’t well versed in the subject. 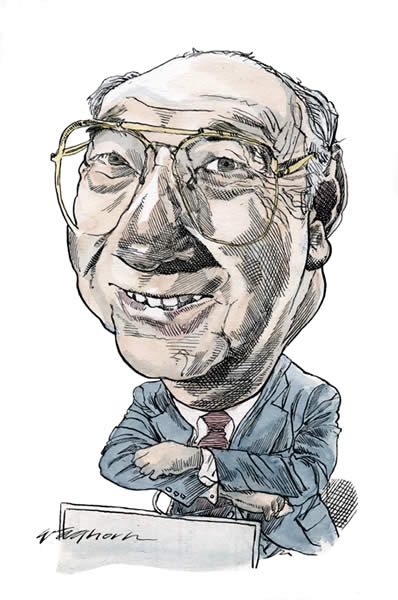