CNN reports that Tom McClintock vow’s to stay in the race.

An analysis of the polling data after Ueberroth’s withdrawal shows that his supporters would be split among the top three candidates — Bustamante, Schwarzenegger, and McClintock — with Bustamante still leading Schwarzenegger by 5 percentage points. But the poll does demonstrate that if McClintock withdraws from the recall, Schwarznegger takes a slight lead over Bustamante 33 percent to 31 percent.

State Senator McClintock appeared on CNN’s Inside Politics on Tuesday and told me he had no intention of following Ueberroth’s lead and ceding the field to Schwarzenegger: “I’m in this race right to the finish line.”

When I pushed McClintock about similar statements from Ueberroth up until Tuesday about staying in the race until the end, he bristled: “What is it about the word ‘no’ that you guys don’t understand?”

Given that McClintock is nothing but a potential spoiler at this point, this attitude is rather bizarre. It would be one thing if he had been chosen in a party primary; but he’s just some guy who threw his hat into the ring. At some point, it should become a two-way race. Surely, McClintock doesn’t want to go down in history as the Republican Ralph Nader?

Most Americans Still Not Staying at Home 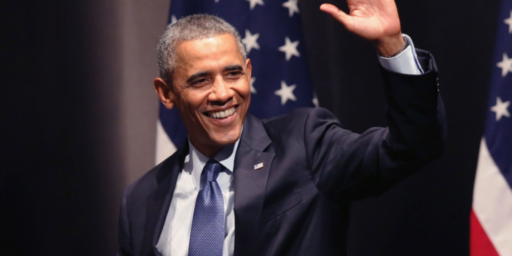 For Now, Obama Is Staying On The 2020 Sidelines