I haven’t posted anything about the now nearly ten day old story of the missing Malaysian Airlines 777 mostly because it didn’t appear to me that there was any news to report. For more than a week now, we’ve been dealing with rumor, conjecture, and misinformation all being reported as news while cable news channel anchors struggle to fill airtime by engaging in guessing games, consulting Twitter to find out what “the people” think happened to the airplane, and playing with models of 777s and cockpit voice/data recorders on the air. No network has gone more over-the-top with this coverage than CNN, which has devoted nearly every hour of its live broadcasts to the saga of the missing plane even when there isn’t any actual news to report.

This new experiment in journalism seems to have reached it zenith last night, when host Don Lemon invited speculation that, well, has no basis in reality:

Malaysia Airlines Flight 370 has been missing for so long that CNN is speculating whether its disappearance had something to do with the “supernatural.”

After a commercial airline pilot had trouble explaining where the missing plane could be, CNN anchor Don Lemon turned Sunday to Brad Meltzer, host of the History Channel’s “Decoded.” The two spoke about the possibility that there may be no logical explanation for why the jet vanished nine days ago.

“Especially today, on a day when we deal with the supernatural, we go to church, the supernatural power of God. You deal with all of that,” Lemon said to Meltzer. “People are saying to me, why aren’t you talking about the possibility — and I’m just putting it out there — that something odd happened to this plane, something beyond our understanding?”

“We all kind of roll our eyes at conspiracy theories, but what conspiracy theories do is they ask the hardest, most outrageous questions sometimes,” Meltzer responded. “But every once in a while they’re right. I think why it’s captured our attention is because there’s no logical explanation right now.”

If this plane isn’t found by the end of the week, I expect this guy will be showing up on The Situation Room with Wolf Blizter: 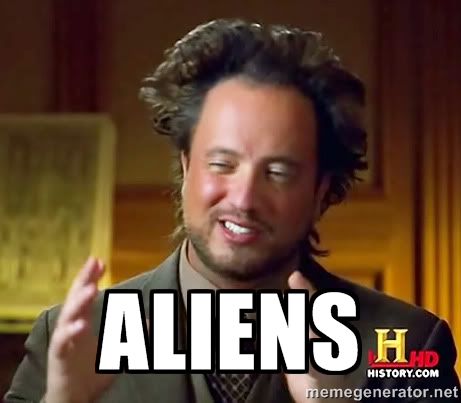