Memphis Teen Shot In Behind Over Saggy Pants 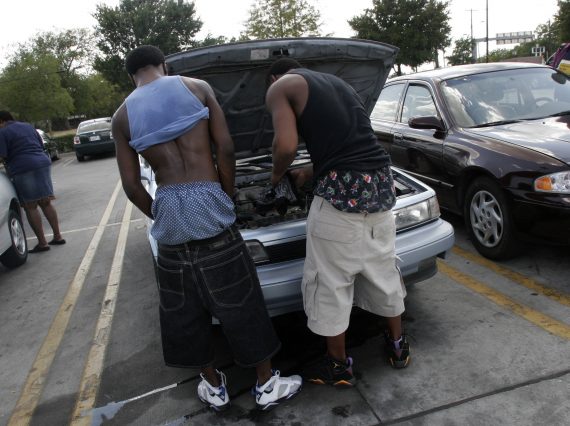 If your pants are hanging so low that your under drawers are showing, a cranky middle aged man might shoot you in the ass:

Anger over a Memphis teenager’s sagging pants ended with gunfire, a bullet to the buttocks and an aggravated assault charge.

Police Sgt. Ron Perry says 45-year-old Kenneth E. Bonds saw two male teens walking along a street and yelled at them to pull up their pants. Perry says they refused, the three began arguing and Bonds brandished a pistol.

The first shot missed. The teens fled, more rounds were fired and a 17-year-old was struck in the buttocks. He went to a hospital in non-critical condition.

And thus endeth the lesson.

FILED UNDER: Law and the Courts, Memphis, Radley Balko