Newsweek has an interview with John Sperling, author of the forthcoming book The Great Divide. 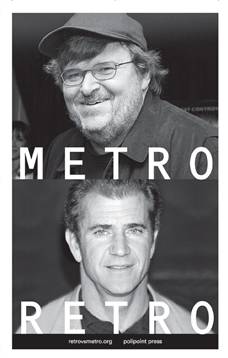 NEWSWEEK:Your book seems to suggest that Democrats should stop even trying to appeal to voters in what you call Ã¢€œRetro America.Ã¢€

John Sperling: Well, what they have to do is stop counting on getting any of those votes. The Republicans own those votes. They just have to face reality; if theyÃ¢€™re going to become the majority party, theyÃ¢€™re going to have to build their own base. The Republicans have been brilliant; they have fantastic discipline, and they have an absolutely dog-loyal base that will vote for them no matter what happens. So they only have to add on the margins to win. The Democrats, at this point, they donÃ¢€™t really have a base anymore. They need to target their message like the Republicans do, so they solidify their constituency. If they do that, the numbers are on their side.

NEWSWEEK: The other point you seem to make is that the Democrats have been trying to be all things to all people while the Republicans have more straightforward about what they believe.

John Sperling: Well, yeah. The other day in Des MoinesÃ¢€”and the Democrats laughed at himÃ¢€”George Bush said Ã¢€˜We Republicans believe in things.Ã¢€™ And that was very powerful. He didnÃ¢€™t even have to say what those things were: everyone knows he meant God, flag and family. Everyone knows what the Republicans stand for. So you know what youÃ¢€™re getting when you vote for them.

An interesting take from a self-described Metro. If the choice is between emulating Michael Moore or Mel Gibson, it seems rather easy. Of course, the Metros would likely say the same thing.