Demand for mid-range goods and services seems to be on the decline. 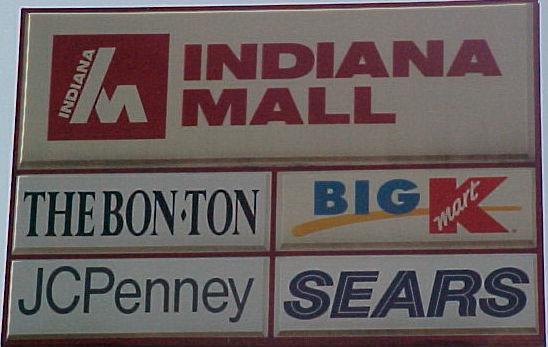 The New York Times declares that “The Middle Class Is Steadily Eroding.” Their evidence is that demand for mid-range goods and services seems to be on the decline.

In Manhattan, the upscale clothing retailer Barneys will replace the bankrupt discounter Loehmann’s, whose Chelsea store closes in a few weeks. Across the country, Olive Garden and Red Lobster restaurants are struggling, while fine-dining chains like Capital Grille are thriving. And at General Electric, the increase in demand for high-end dishwashers and refrigerators dwarfs sales growth of mass-market models.

As politicians and pundits in Washington continue to spar over whether economic inequality is in fact deepening, in corporate America there really is no debate at all. The post-recession reality is that the customer base for businesses that appeal to the middle class is shrinking as the top tier pulls even further away.

In response to the upward shift in spending, PricewaterhouseCoopers clients like big stores and restaurants are chasing richer customers with a wider offering of high-end goods and services, or focusing on rock-bottom prices to attract the expanding ranks of penny-pinching consumers.

“As a retailer or restaurant chain, if you’re not at the really high level or the low level, that’s a tough place to be,” Mr. Maxwell said. “You don’t want to be stuck in the middle.”

As Dave Schuler has pointed out ad infinitum over the years, this particular discussion is hampered by the lack of useful definitions of “rich,” “poor,” and “middle class.” And, indeed, any sort of numbers at all are hard to come by. Still, the numbers we do have are striking:

Although data on consumption is less readily available than figures that show a comparable split in income gains, new research by the economists Steven Fazzari, of Washington University in St. Louis, and Barry Cynamon, of the Federal Reserve Bank of St. Louis, backs up what is already apparent in the marketplace.

In 2012, the top 5 percent of earners were responsible for 38 percent of domestic consumption, up from 28 percent in 1995, the researchers found.

Even more striking, the current recovery has been driven almost entirely by the upper crust, according to Mr. Fazzari and Mr. Cynamon. Since 2009, the year the recession ended, inflation-adjusted spending by this top echelon has risen 17 percent, compared with just 1 percent among the bottom 95 percent.

But that wouldn’t seem to explain much of the phenomenon at hand. While it makes sense that an increasingly affluent top 5 percent would dine at ever-nicer restaurants and buy more luxurious automobiles and refrigerators with all the bells and whistles, they still only make up 5 percent of the consumer base.  Are the other 95 percent no longer able to afford to eat at Olive Garden? Are they instead upgrading to Ruth’s Chris but dining out less frequently?

For example, luxury gambling properties like Wynn and the Venetian in Las Vegas are booming, drawing in more high rollers than regional casinos in Atlantic City, upstate New York and Connecticut, which attract a less affluent clientele who are not betting as much, said Steven Kent, an analyst at Goldman Sachs.

Among hotels, revenue per room in the high-end category, which includes brands like the Four Seasons and St. Regis, grew 7.5 percent in 2013, compared with a 4.1 percent gain for midscale properties like Best Western, according to Smith Travel Research.

But that just tells us that those willing to pay absurd mark-ups for exclusivity and service are less price sensitive than budget conscious consumers.

At G.E. Appliances, for example, the fastest-growing brand is the Café line, which is aimed at the top quarter of the market, with refrigerators typically retailing for $1,700 to $3,000.

“This is a person who is willing to pay for features, like a double-oven range or a refrigerator with hot water,” said Brian McWaters, a general manager in G.E.’s Appliance division.

Clearly, I’m not super-rich. Not only was I completely oblivious to the availability of refrigerators that dispense hot water I can’t fathom why I would that feature.

At street level, the divide is even more stark.

Sears and J. C. Penney, retailers whose wares are aimed squarely at middle-class Americans, are both in dire straits. Last month, Sears said it would shutter its flagship store on State Street in downtown Chicago, and J. C. Penney announced the closings of 33 stores and 2,000 layoffs.

Loehmann’s, where generations of middle-class shoppers hunted for marked-down designer labels in the famed Back Room, is now being liquidated after three trips to bankruptcy court since 1999.

The Loehmann’s store in Chelsea, like all 39 Loehmann’s outlets nationwide, will go dark as soon as the last items sell. Barneys New York, which started in the same location in 1923 before moving to a more luxurious spot on Madison Avenue two decades ago, plans to reopen a store on the site in 2017.

Investors have taken notice of the shrinking middle. Shares of Sears and J. C. Penney have fallen more than 50 percent since the end of 2009, even as upper-end stores like Nordstrom and bargain-basement chains like Dollar Tree and Family Dollar Stores have more than doubled in value over the same period.

But Sears and Penney’s have been struggling for decades; they’re inevitably going to way of Montgomery Ward’s. The stores simply lack an identity and their clothing lines fall into the worst possible niche: they’re rather expensive but lack cachet. And I suspect Loehmann’s is a victim of economies of scale: it’s being out-competed by the likes of Marshall’s/TJ Maxx, Filene’s Basement, Nordstrom’s Rack, and the plethora of outlet malls that have sprung up all over creation the last twenty or twenty-five years.

A shift at Darden, which calls itself the world’s largest full-service restaurant owner, encapsulates the trend. Foot traffic at midtier, casual dining properties like Red Lobster and Olive Garden has dropped in every quarter but one since 2005, according to John Glass, a restaurant industry analyst at Morgan Stanley.

With diners paying an average tab of $16.50 a person at Olive Garden, Mr. Glass said, “The customers are middle class. They’re not rich. They’re not poor.” With income growth stagnant and prices for necessities like health care and education on the rise, he said, “They are cutting back.” On the other hand, at the Capital Grille, an upscale Darden chain where the average check per person is about $71, spending is up by an average of 5 percent annually over the last three years.

LongHorn Steakhouse, another Darden chain, has been reworked to target a slightly more affluent crowd than Olive Garden, with décor intended to evoke a cattleman’s ranch instead of an Old West theme.

The economy has definitely been down and it’s hit those in the middle hard. So it wouldn’t shock me at all if they were cutting back on luxuries like dining out. But I’m not sure that looking at one company tells us that. Red Lobster is a genuinely horrible restaurant. Once upon a time, it was considered one of the more upscale chains but, as people got exposed to better food, people realized how bloody awful Red Lobster is. And it’s still overpriced.  And, while I think Olive Garden is better than its very outspoken critics give it credit for, it’s certainly not hard to find better Italian-style far at that price point.