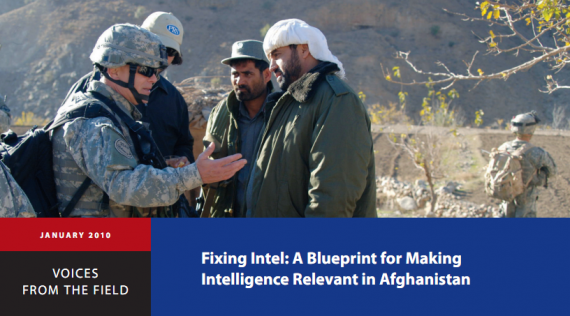 The Army general who said U.S. military intelligence was failing troops in Afghanistan just got a new job as the top military troubleshooter at the Director of National Intelligence. He also got promoted.

Lt. Gen. Michael Flynn wrote a controversial paper called “Fixing Intel,” when he was the chief military officer in Afghanistan. He blasted military intelligence for being too focused on terrorists, neglecting the economic, social and other information troops need to wage an effective counterinsurgency.

Flynn’s new boss, Director of National Intelligence James Clapper says hiring the three-star general is like putting the guy who complains about the food in charge of the mess hall. He said now it’s Flynn’s job to fix intel.

This may be the most awesome military leadership story ever. I don’t think that intel is fixable in any real sense. The job’s too hard and the expectations are too high. Further, there are only so many assets and they’re naturally going to get too focused on the thing the commanders, uniformed or civilian, are demanding the answers to.

Flynn has an impressive resume and is likely as qualified as anyone for this task. I wish him luck. He’ll need it.

You can read the January 2010 CNAS working paper FIXING INTEL: A BLUEPRINT FOR MAKING INTELLIGENCE RELEVANT IN AFGHANISTAN in PDF form here.