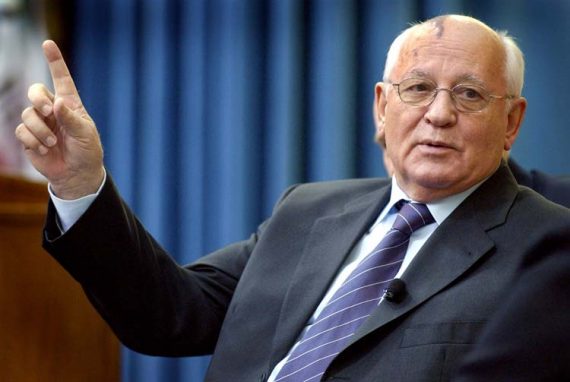 The last leader of the Soviet Union had some pretty harsh words recently for the current leadership of Russia:

Russia under prime minister Vladimir Putin is a sham democracy, Mikhail Gorbachev has said in his harshest criticism yet of the ruling regime.

“We have everything – a parliament, courts, a president, a prime minister and so on. But it’s more of an imitation,” the last president of the Soviet Union said.

Gorbachev, who oversaw the , has become increasingly critical of the modern Russian state, accusing its leaders of rolling back the democratic reforms of the 1990s.

Speaking at a press conference ahead of his 80th birthday, Gorbachev criticised Putin for manipulating elections.

In response to the prime minister and former president’s comments that he and his protégé, President Dmitry Medvedev, would decide between them who would run for office in March 2012, Gorbachev said: “It’s not Putin’s business. It must be decided by the nation in elections.”

He called Putin’s statements a sign of “incredible conceit”.

Asked how he thought the regime approached human rights, Gorbachev said: “There’s a problem there. It’s a sign of the state of our democracy.” He was echoing statements made by Navi Pillay, the UN high commissioner for human rights, during a visit to Russia last week.

Gorbachev said United Russia, the ruling party founded with the sole goal of supporting Putin’s leadership, was a throwback.

“United Russia reminds me of the worst copy of the Communist party,” he said. “We have institutions but they don’t work. We have laws but they must be enforced.”

Its stranglehold over political life would eventually backfire. “The monopoly ends in rotting and hampers the development of democratic processes.”

Ironically, Gorbachev has a better reputation in the West today than he does in his own country so I’m not sure that his words will have the impact that some might suspect. In any case, neither Putin nor Medvedev are going to listen to them.