Congress really, really wants to give soldiers a 1.8 percent pay raise. Generals are begging them to hold it to 1 percent. 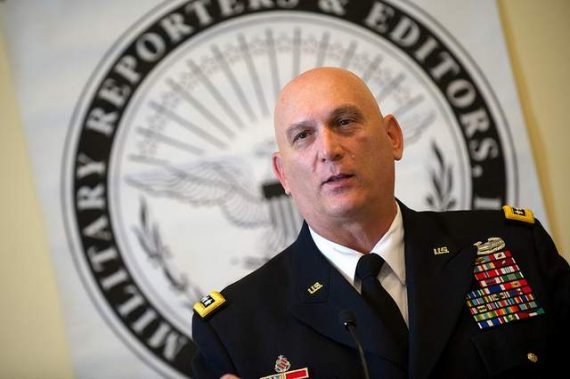 Congress really, really wants to give soldiers a 1.8 percent pay raise. Generals are begging them to hold it to 1 percent.

“That sounds like a little difference but it is a huge difference throughout the years,” Odierno said. “It’s billions of dollars … three, four, five years from now. So we think what we can do is manage the pay raises at a bit lower level for a few years.”

The chief made the comments during a question and answer session hosted by American Enterprise Institute.

Defense leaders are “not looking necessarily at pay freezes,” Odierno said, but he warned that “if we continue to have a higher level of pay raises, it is going to become really a problem for us.”

Pay and benefits are an increasing problem for a cash-strapped Pentagon. Though personal health care costs rose last year at the slowest rate in the last 50 years — a fact the White House celebrated Monday — the same cannot be said for military families. Personnel costs to include health care have more than doubled since 2001, and are on path to double again within 10 years.

It truly is a Bizzaro world. But Odierno, almost certainly correctly, figures that there’s a cap on how much Congress is going to allocate to the military. And he’d rather spend as much of that as possible on preparing the Army to fight wars.

We’ve raised troop pay at well above the inflation rate over the last decade. It was an easy call to make, given that we were in the midst of two protracted wars. Ultimately, though, it was a bad idea, creating permanent liabilities. We’d have been far better off with targeted retention bonuses and much higher hazardous duty pay while holding salaries at the rate of inflation.

It’s worth noting, too, that higher pay for the troops is actually a double whammy, in that it’s also a pay raise for the swelling ranks of retired troops who get a portion of their base pay for the rest of their life.