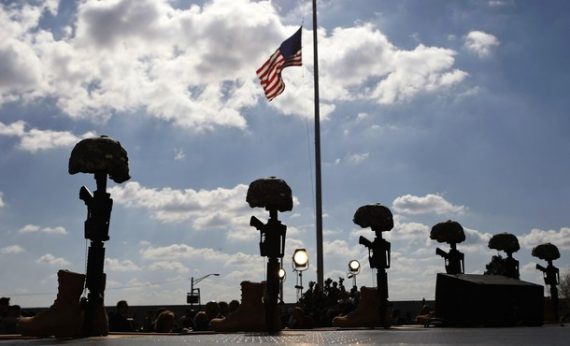 A memorial of rifles, boots and helmets, and a U.S. flag at half staff is seen at Fort Hood, Texas, November 10, 2009. President Obama will speak at the memorial for the 13 victims who were shot on November 5 by U.S. Army Major Nidal Malik Hasan. REUTERS/Kevin Lamarque (UNITED STATES MILITARY CRIME LAW)