Apparently the Minutemen are so busy watching the border nobody watched all the donations they have been taking in the past 15 months.

A growing number of Minuteman Civil Defense Corps leaders and volunteers are questioning the whereabouts of hundreds of thousands, perhaps millions, of dollars in donations collected in the past 15 months, challenging the organization’s leadership over financial accountability.

Many of the group’s most active members say they have no idea how much money has been collected as part of its effort to stop illegal entry — primarily along the U.S.-Mexico border, what it has been spent on or why it has been funneled through a Virginia-based charity headed by conservative Alan Keyes.

Several of the group’s top lieutenants have either quit or are threatening to do so, saying requests to Minuteman President Chris Simcox for a financial accounting have been ignored.

I’m going to hazard a guess here and predict that the money has been usef for “other purposes” here.

Gary Cole, the Minutemen’s former national director of operations, was chief liaison to the national press corps during the group’s April 2005 border watch in Arizona. He was one of the first to raise questions about MCDC finances. He personally collected “tens of thousands of dollars” in donations during the 30-day border vigil. But despite numerous requests — many directly to Mr. Simcox — he was never told how much money had been collected or where it went.

More on the Minutemen’s Money Problems 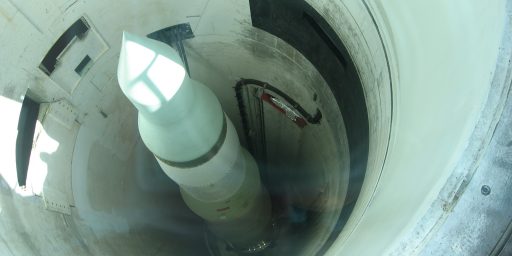