Pay particular attention to Joseph Cirincione’s op-ed in the Washington Post, characterized as “Five Myths About Iran’s Nuclear Program”. I think a better word than “myth” would be “misconception”. In the op-ed Mr. Cirincione lays out five misconceptions about Iran’s nuclear program and explains why they’re misconceptions. Here they are:

His last two interconnected points are very important. A nuclear race is now on in the Middle East and in all likelihood it will continue regardless of what we do. The challenge we should be entertaining is how to manage a nuclear-armed Middle East and mitigate its effects.

Rather than debating items 1-3, just for the sake of argument let’s assume that Mr. Cirincione’s assertions are all correct, namely that Iran’s nuclear weapon (if it, indeed, is producing one) is one to three years away, that the most we can achieve via military strikes is delaying Iran’s nuclear weapons program, and that, even if an enhanced sanctions regime could be put in place against Iran, it wouldn’t prevent Iran from developing nuclear weapons.

Under those circumstances what is our most prudent course of action? 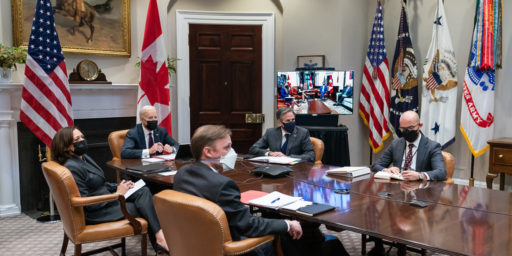